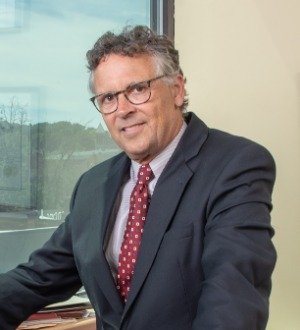 Mike was recently named “Lawyer of the Year” in the field of personal injury for the Syracuse Metropolitan area by the publication Best Lawyers in America. For a lawyer, being listed in Best Lawyers is something like getting a 10 in America's Got Talent. Those who determine who gets listed in Best Lawyers are judges and fellow lawyers who have seen the lawyer at work, watched him in court, or have reviewed his work. Only a few lawyers in each geographical area are elected to this prestigious attorney listing. But Mike’s recognition went even further than a mere “listing” in the publication: He was named “the Lawyer of the Year” in the field of personal injury litigation because other lawyers and judges gave him higher grades than any other personal injury lawyer in the Syracuse Metropolitan area.

Mike has the highest ranking ("AV") in the prestigious Martindale-Hubbell directory. This "AV" rating means that judges and other lawyers have rated him, compared to other lawyers, "very high to preeminent in legal ability, expertise, experience, integrity and overall professional excellence."

Mike has consistently been selected as Super lawyer by Law & Politics Magazine since the honor was first established. The title Super Lawyer is given only to those attorneys who are considered to be among the top 5% of all lawyers in the State of New York.

Mike is also listed in The Bar Register of Preeminent Lawyers, which includes only those select lawyers who have earned the highest rating in the Martindale-Hubbell Law Directory and have been designated by their colleagues as preeminent in their field.

Before becoming a lawyer, Mike lived in Spain and France for 7 years, where he mastered both the Spanish and French languages, received a Master's degree in Spanish from Middlebury College in Vermont, and spent several years teaching and translating English, Spanish and French. He also speaks basic Italian. He has many Spanish speaking personal injury clients.

Because of his commitment to helping others less fortunate than him, Mike Bersani was named 2009 Citizen of Year by Geneva, New York Chamber of Commerce.