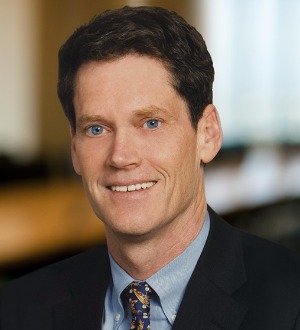 Michael K. Loucks, a nationally recognized health care fraud prosecutor, joined the firm as a litigation partner in the Boston office in July 2010. With 25 years in public service, Mr. Loucks most recently served as acting U.S. attorney and first assistant U.S. attorney for the District of Massachusetts, where he led major criminal and civil investigations, as well as many of the most high-profile health care fraud prosecutions of the past two decades.

Since joining Skadden, Mr. Loucks’ practice has focused on representing companies in government criminal investigations, in False Claims Act and other civil litigation, in regulatory matters with the Food and Drug Administration and the Office of Inspector General, and in Foreign Corrupt Practices Act investigations. He has represented, among others, U.S. and international pharmaceutical and biotech companies; medical device companies; health maintenance organizations; physician-owned hospitals; an ambulance provider; a seafood processing plant; a publishing company; a genetic testing laboratory and its owners; and a United States senator. He has done work on matters in Brazil, Ukraine, Serbia and Germany, in addition to his work in the United States. His government investigation work has involved off-label promotion and anti-kickback issues; alleged violations of the Clean Air Act; and FCPA issues. He and his Boston team have successfully achieved the termination, without either prosecution, the pursuit of a civil action, or the execution of a settlement agreement, of numerous government investigations. Mr. Loucks and his team also have assisted in due diligence reviews in mergers and acquisitions involving nursing homes, pharmaceutical benefit managers and retail pharmacies, and hospitals.

While acting U.S. attorney and first assistant, he reviewed and approved all major prosecutions and civil matters, including all health and defense False Claims Act matters, all environmental prosecutions (including Clean Water Act discharge cases), all Armed Export and Control Act (AECA) and major export and embargo-related criminal prosecutions, and all major public corruption prosecutions. The AECA investigative matters that he supervised and the cases in which he authorized prosecutions included alleged export of prohibited weapons and nuclear reactor components; alleged export of weapons and missile systems components; and alleged export of combat aircraft components (tachometers used in C-130 military flight simulators). He also closely supervised an undercover operation that lasted multiple years, culminating in the arrest of two Chinese nationals and the indictment of their company (the defendants were convicted in 2010).

Before serving as acting U.S. attorney, Mr. Loucks had a long history in the Massachusetts U.S. Attorney’s Office. He was first assistant U.S. attorney (2005-2009); white collar crime section chief (2005); health care fraud unit chief (1997-2004); and health care fraud coordinator (1992-2004), where he established the office’s health care fraud practice and was involved in major prosecutions, including those involving pharmaceutical and medical devices. He was lead counsel in more than 25 trials and has argued numerous appeals in the First Circuit Court of Appeals. He joined the U.S. Attorney’s Office in 1985, after five years in private practice.

Mr. Loucks speaks frequently at seminars and symposia on prosecutions, corporate compliance and litigation-related issues associated with the health care, pharmaceutical and medical devices sectors. He also writes extensively on these topics and is the co-author of Prosecuting and Defending Health Care Cases, the leading treatise in the area.

Mr. Loucks has been recognized for his achievements by several government agencies, including receiving multiple awards or citations from the Department of Justice, the Food and Drug Administration, the Department of Health and Human Services, the U.S. Attorney’s Office for the District of Massachusetts and the Federal Bureau of Investigation.

Mr. Loucks repeatedly has been selected for inclusion in Chambers USA: America’s Leading Lawyers for Business and The Best Lawyers in America. In 2011, he received the Burton Award for Legal Achievement, which recognizes excellence in legal scholarship. Mr. Loucks also was selected in the Boston Business Journal’s inaugural “Who’s Who in Legal Services” (March 11, 2011).