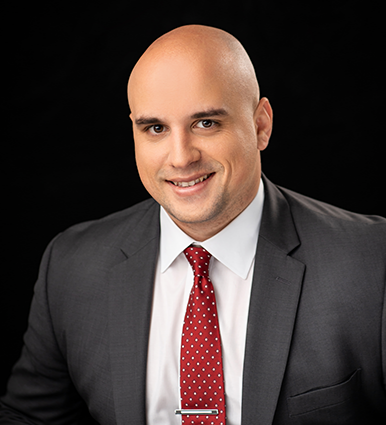 Michael J. Mariani is an Associate in the firm’s Fort Lauderdale office, where he assists partners and senior associates in a variety of complex commercial litigation matters.

Prior to joining the firm, Michael spent the first three years of his legal career at a boutique securities litigation firm in Tampa, Florida, where he represented broker-dealers, registered investment advisors, and their associated persons in all phases of FINRA arbitration relating to customer disputes involving alleged violations of federal securities laws, unsuitability, unauthorized trading, churning, overconcentration, and unauthorized margin borrowing. Michael also counseled businesses and individuals during DOJ, SEC, and CFTC investigations and enforcement proceedings.

In addition to serving as the Internal Vice-President and Chair for Intermural Competitions for the Florida Moot Court Team. Michael also competed in several competitions including the National Moot Court Competition hosted by the New York City Bar where his team made the final four and finished with the second-highest brief score in the region. For his contributions to the team, Michael was awarded the William C. Gaither Memorial Award as a 2L and was inducted into the Order of Barristers as a 3L.As a 3L, Michael was selected to compete in the prestigious Willem C. Vis International Commercial Arbitration Moot. Prior to competing in the preliminary rounds in Vienna, Austria, the team traveled to Paris, France to compete in various pre-moots including the International Chamber of Commerce Vis Pre-Moot where his team finished 1st Place beating out 24 other teams including Columbia University and University of Cambridge. Michael graduated cum laude from Florida Atlantic University with a degree in Criminal Justice.