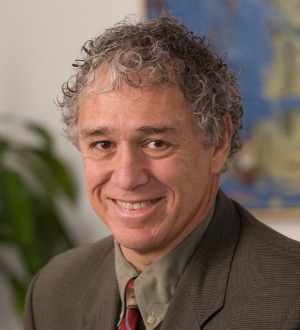 Michael Lichtenstein is a seasoned litigator who is recognized for his excellence in Best Lawyers in America, Best Lawyers in Washington, DC, Maryland and DC Super Lawyers, the Washingtonian, Smart CEO and in Chambers and Partners, which notes his “quality” as both a lawyer and mediator. Michael has delivered successful outcomes for financial institutions, creditors’ committees, creditors, property owners, debtors and equity holder clients in Chapter 11 proceedings in a dozen states, including Maryland, DC, Virginia, West Virginia, Delaware, Pennsylvania, New Jersey, Tennessee, California and New York. He has helped clients in a wide range of industries, including telecommunications, defense, real estate, technology and retail chains, in matters ranging from $5 million to $400 million.

Debtor and creditor clients in or facing Chapter 11 proceedings have found Michael’s background as a corporate board member and his business focus a tremendous asset in successfully navigating the process. Michael represents clients from a variety of industries in the purchase or sale of assets in bankruptcy proceedings. He also provides expert witness and mediator services in Chapter 11 matters.

In addition to representing companies and financial institutions in bankruptcy and restructuring, Michael delivers successful outcomes in commercial litigation matters involving business disputes, contracts, securities, telecommunications, construction, commercial real estate and intellectual property matters. He litigates in state and federal courts across the country and has argued several times before the United States Courts of Appeals for the Fourth Circuit and Third Circuit.

Michael serves as chair of the Bankruptcy, Restructuring and Creditors’ Rights Group and is a member of both the firm’s Board of Directors and Executive Committee. Prior to joining Shulman Rogers, he was a litigation and bankruptcy partner at Swidler Berlin, L.P. in Washington, DC. He has earned an AV Preeminent rating from Martindale-Hubbell, a recognition of excellence from both his fellow attorneys and the judiciary.