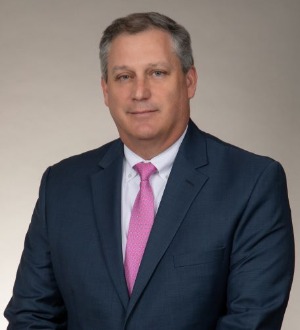 Years In Practice
Phone Number (504) 522-2304
Michael J. Ecuyer is a member of the law firm of Gainsburgh, Benjamin, David, Meunier, & Warshauer, L.L.C. Michael is engaged in a civil litigation practice. He practices with an emphasis on the representation of plaintiffs in medical malpractice claims, admiralty or maritime matters, mass torts, FELA claims and personal injury claims.  A member of the Louisiana State Bar Association, the New Orleans Bar Association, the Louisiana Association for Justice (Executive Committee), and the Federal Bar Association (Board of Directors, New Orleans Chapter, 2010 - present, Membership Chair 2016-2018, Secretary 2018-2019, Treasurer 2019 -). Michael is also a member of the Health Law and Medical Malpractice sections of the LSBA, NOBA and LAJ. He served as the Chairman of the New Orleans Bar Association's Health Law Committee from 2012 to 2013. From 2014 - 2015 he served as the Chairman of the Medical Malpractice Section for the Louisiana Association for Justice. Michael also serves as a Hearing Committee Member for the Louisiana Attorney Disciplinary Board. He is an assistant examiner for the Louisiana Supreme Court Committee on Bar Admissions. He is admitted to practice before the Supreme Court of Louisiana and all Louisiana state courts, the United States District Courts for the Eastern, Middle and Western Districts of Louisiana, and the United States Fifth Circuit Court of Appeals. He has also been admitted to practice Pro Hac Vice in Mississippi State Court.  Born in Oklahoma in 1967, Michael attended Tulane University, earning a B.A. in Political Economics in 1989. In 1994, Michael received a Juris Doctor from the Paul M. Hebert Law Center at Louisiana State University. He is a member of the Tulane Inn of Court. Over the years he has provided continuing Legal Education Seminars on various topics, and he has spoken on risk management at the Louisiana State University Dental School.
What legal services does this lawyer offer?
Admiralty and Maritime Law
Medical Malpractice Law - Plaintiffs
Personal Injury Litigation - Plaintiffs
Awards