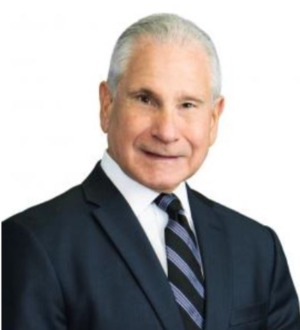 Michael DeCandio concentrates his practice in the defense of construction and design professionals. Additionally, he defends both products and premises liability as well as trucking cases. He has tried almost 100 cases to verdict.

Michael graduated from the American University College of Public Affairs in 1975. Following employment with the Commonwealth of Virginia, he entered law school, graduating in 1982 with his juris doctor from the Cumberland School of Law of Samford University. While at Cumberland, he was a scholarship member of the Moot Court Executive Board and was selected as a national member of the Order of Barristers.

Following receipt of his law degree, he worked as an assistant state attorney for the Fourth Judicial Circuit of Florida for Duval, Clay and Nassau Counties. Michael served as a prosecuting attorney for five years, the last two of which he headed a special operations unit which investigated and prosecuted major drug trafficking and political corruption cases. In addition to that, he served on the homicide department of the State Attorney's Office.

Michael left the State Attorney's Office in 1987, joining the Matthews, Osborn firm, a well-established insurance defense firm in northeast Florida. He remained with that firm and its successor entities for 18 years, until merging with Marshall Dennehey Warner Coleman & Goggin in the summer of 2004.

Special associations and memberships include the Order of Barristers, the Defense Research Institute, the Florida Defense Lawyers Association and the Professional Liability Underwriting Society. He has been awarded an AV® Preeminent™ Peer Review Rating by LexisNexis Martindale-Hubbell. In 2010, Michael was named by his peers to Florida Trend's list of Florida Legal Elite.