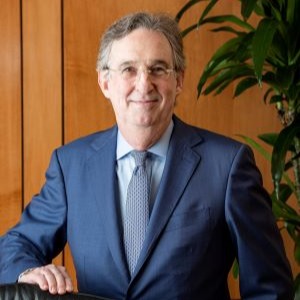 Michael Brickman is a skilled trial attorney and legal strategist who has devoted his career to representing consumers in complex legal matters against the world’s largest corporations. He is a founding member of RPWB.

From confronting anti-competitive and unscrupulous business practices to helping those harmed by dangerous products, Michael is known for taking on challenging cases in emerging areas of the law that benefit workers, consumers and ordinary investors.

Michael was born in Charleston, South Carolina, where his love of the law developed at a young age thanks to his father, Jack Brickman, who continued to practice law until age 95. Michael earned a history degree from Harvard University and his law degree from the University of South Carolina School of Law.

After law school, he worked for his father, who then adopted the firm’s motto of ‘there’s no case too small now that Michael’s here.’ This led Michael to appear in virtually every court there was from traffic court to divorce court to the South Carolina Supreme Court.

Michael has spent a large part of his career fighting for workers who are seriously injured on the job due to dangerous products and dangerous workplaces. He traveled throughout the world helping workers who were harmed by asbestos exposure. In 2003, Michael won a $250 million verdict on behalf of a US Steel employee who developed mesothelioma while working two jobs to support his family. Michael also has successfully represented coal workers who develop respiratory diseases such as pneumoconiosis and silicosis from improper ventilation in mines.

Michael has also worked on behalf of consumers hurt by corrupt business activity. Examples of his work on behalf of consumers include several winning antitrust class actions related to price-fixing by the manufacturers of magnetic audiotape, videotape and other data storage tapes as well as those who supplied magnetic iron oxide for the products.

In 2003, Michael challenged the liability of tobacco companies for the deceptive marketing of “light” cigarettes on behalf of smokers in Illinois. The court returned a $10 billion verdict. The case remains under appeal, but the legal theories brought forth in the case have been accepted as valid in other state courts.

He pursued multi-district litigation against oil companies and gas station operators for failing to account for the temperature of gasoline and its effect on the value of the gasoline sold to consumers.

In the financial sector, Michael has worked on behalf of ordinary investors and consumers, by bringing actions against mutual funds for charging excessive fees, banks for rigging markets and insurance companies for incorrectly calculating risk premiums and failing to provide coverages promised.

Michael has also successfully handled medical and pharmaceutical malpractice cases. He currently has several such cases in various stages of litigation.

Michael is married to the former Tippy Stern. They have two sons. Michael is a devout NY Yankees, NY Giants and Boston Celtics fan. In addition he is an avid reader, who typically has two or three books all going at any given moment, which he admits causes him to confuse plot lines and topics.