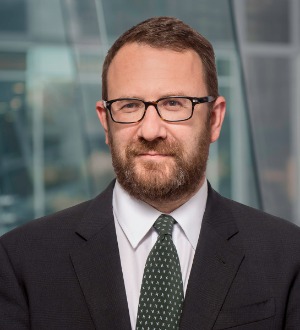 Recognized by Best Lawyers® since 2016.
18400 Von Karman Avenue, Suite 800 Irvine, California 92612-0514
(949) 760-1121
|
Firm: Buchalter, A Professional Corporation
|  Website
Edit Profile
Edit Your Profile
To edit your Lawyer Directory information, please login to your
Best Lawyers® Admin Account.
If you have any questions or need assistance, please contact us at info@bestlawyers.com or 803.648.0300.
Overview
Firm

Michael I. Katz is highly regarded for his combination of creativity, strategic judgment, and courtroom prowess. He has more than twenty years' experience litigating complex business disputes, including intellectual property, unfair competition, and consumer class actions.

Mr. Katz was formerly a partner at Morrison & Foerster. He began his career at Simpson Thacher & Bartlett. He served as a law clerk to the Honorable Barbara B. Crabb, United States District Court for the Western District of Wisconsin.

Mr. Katz is a Fellow of the Litigation Counsel of America, a trial honorary society. He has been selected as a “Superlawyer®” for Southern California every year from 2004 through 2015 and has been been selected by his peers for inclusion in The Best Lawyers in America 2016©.   He is rated AV Preeminent by Martindale Hubbel®.