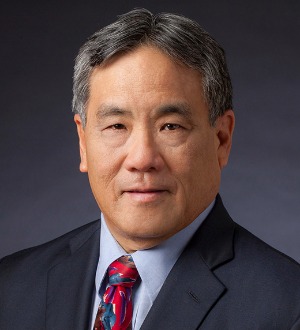 Following graduation from law school, Michael served as a law clerk to the Honorable Jon J. Chinen, United States Bankruptcy Judge for the District of Hawaii. Since joining the firm in 1980, he has continued to use his expertise in bankruptcy law, the main emphasis of his practice. Michael also practices in the areas of bankruptcy & creditor’s rights, business & commercial, dispute resolution, and real estate & land use. In 1992, he and DKLKH colleague, Kenneth Kupchak, co-authored the Hawaii chapter in the Wiley Construction Series’ two volume Fifty State Construction Lien and Bond Law book.

Michael is the Vice-President of the firm and is the chairperson of the firm’s Executive Committee.

Represented sellers and purchasers in transactions involving the sale and acquisition of businesses. Advised businesses on various issues relating to its operations, rights, remedies and obligations.

Represented sellers and purchasers in the acquisition of large parcels of real estate and several hotels in the State of Hawaii. Represented land owners in disputes relating to boundaries, eminent domain, quiet title and title issues.

• Hawaii Swimming Board of Review