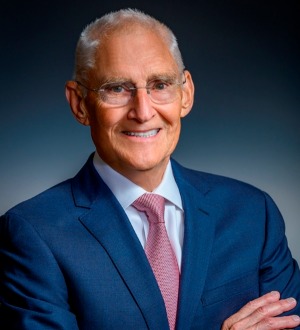 Mr. Graham was educated at Central Methodist University and the University of Missouri, where he received both his B.A. and J.D. degree.

He is admitted to practice before the United States Supreme Court and the Fifth, Eighth and Ninth Circuits of the U.S. Court of Appeals, in addition to being admitted in the federal courts of Missouri. Mr. Graham has handled cases in federal and state courts throughout Missouri and in courts in Montana, Oklahoma, Arkansas, South Carolina, Illinois, Iowa, Texas, Arizona, and New Mexico. In 2013, he obtained the highest jury verdict ever received in a medical negligence wrongful death case in St. Louis County.

He has an AV Peer Review Rating from Martindale-Hubbell Law Directory, which is the highest given. He was voted as one of the top three in Missouri Lawyer's Weekly's "Missouri's Best Survey" in the category of Best Litigator. Mr. Graham has been selected annually to Missouri & Kansas Super Lawyers (among the top 5 percent of lawyers in Missouri and Kansas) since 2005, and repeatedly has been included in the "Top 10 Attorneys" in the region.

Mr. Graham has active outdoor interests, including skiing, and in 2013 he and his wife, Edna Mae, did a 245-mile bike ride across the state of Missouri.