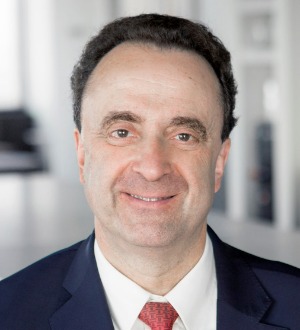 Matt formerly served as an attorney-advisor to Judge Herbert L. Chabot of the U.S. Tax Court, and, in addition to Cleveland, has practiced in Honolulu, Hawaii, and Washington D.C.

Matt has spoken nationally on various tax and estate planning related topics. He is a Fellow of both the American College of Trust and Estate Counsel (ACTEC) and the American College of Tax Counsel (ACTC), and was named Best Lawyers' Cleveland Tax Law "Lawyer of the Year" (2013), Tax Litigation and Controversy (2014-2015, 2017), and Trusts and Estates (2018). Matt is listed in The Best Lawyers in America in the areas of Tax-Litigation & Controversy and Trusts & Estates, and is named to the Ohio Super Lawyers list, where he ranks in the Top 100 Lawyers in Ohio and Top 50 Lawyers in Cleveland. Matt is also ranked Band 1, the highest recognition, in the Chambers USA High Net Worth Guide (2018-2021).

In his free time, Matt represents the nation's small businesses with the Small Business Council of America (SBCA), the voice of privately-owned business in Washington, D.C. on income and estate tax, benefits and health care matters. He has served for many years as the SBCA's Vice-President of Legislation, and testified in 2007 at the invitation of the U.S. Senate Finance Committee on tax relief for small businesses. Since 2012, Matt has served as CEO of the SBCA.