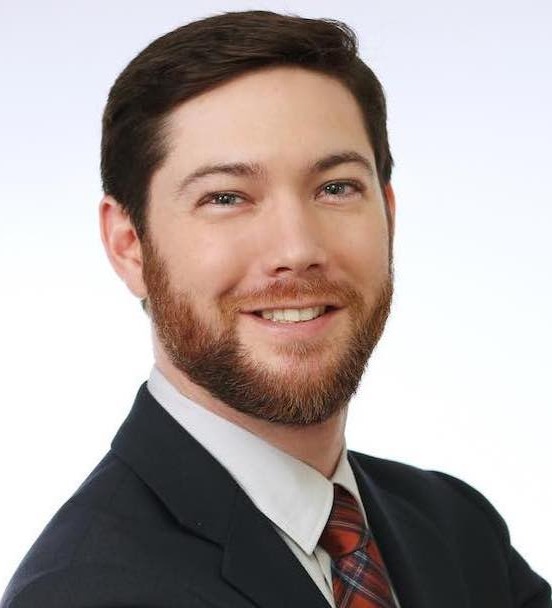 Matthew Wilcut originally planned to join the police force with an eye toward becoming a detective. While interning at the Charlotte-Mecklenburg Police Department during his last semester in college, detectives in the robbery division suggested he might first want to consider law school because of his interest in public service, research and investigatory work. It turned out to be great career advice.

Matt, a 2006 graduate of Appalachian State University and a 2013 graduate of Elon University School of Law, has joined the Deuterman Law Group’s Veterans Disability Benefits practice. He has been working on behalf of disabled veterans across the state since 2014, first as a volunteer with NC VetsCorp, an AmeriCorps program, and later as a staff attorney in the veterans practice group of Legal Aid of North Carolina. As part of his duties as staff attorney, he was also the supervising attorney for Duke Law’s Veterans Assistance Project.

While he works with veterans from all eras and with all conditions, Matt has sought to earn experience in cases specifically related to unreported military sexual trauma (MST) and post-traumatic stress disorder (PTSD). Many of his clients served in the military decades ago and have lived with the untreated psychological and physical effects of their traumas since that time. Matt chose to pursue this particular focus because he realized there were fewer avenues of obtaining expert assistance for veterans with these types of claims.

While in law school at Elon, he volunteered with the Innocence Project and was a student representative and solicitor on the Honor Council. He also served as a street law coach for a local middle school and was a member of the faculty selection committee.

Beyond his day-to-day work, Matt is active in organizations that focus on improving access to justice for veterans. He is Secretary of the National Law School Veteran Clinics (NLSVCC). He has helped operate multiple free legal services clinics for homeless veterans at Stand Down events in Greensboro, Durham, Raleigh and elsewhere across the state.

His past legal experiences include positions with the N.C. General Assembly, the N.C. Department of Justice, an Asheville estate law firm, and the inaugural class of Elon’s Elder Law Clinic.

Raised in Savannah and Charlotte, Matt lives in Greensboro with his wife, Caity.

In his free time, he enjoys live music, hiking and exploring Lake Brandt with his wife and their two Westies. He also is a self-taught JavaScript developer and enjoys participating in legal hackathons.