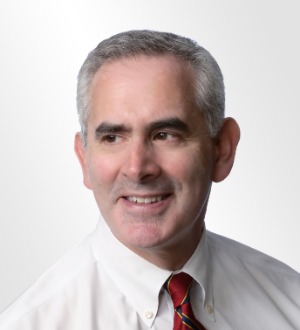 For nearly 30 years, Mr. Aron has represented employers in all facets of labor and employment matters. He acts as lead regional employment litigation counsel to a major communications company. Mr. Aron has represented employers in cases involving claims of discrimination on the basis of age, sex, sexual harassment, race, national origin, religion, sexual orientation and disability. He is also experienced in handling claims that arise under various state and federal statutes involving diverse issues such as family medical leave, whistleblowing, wage and hour regulation, unlawful competition, violation of restrictive covenants and theft of trade secrets.

Prior to joining Jackson Lewis P.C., Mr. Aron was Co-Chair of the Labor & Employment Group for an AMLAW 100 law firm.

Mr. Aron regularly litigates in state and federal courts, administrative agencies and arbitration forums for both unionized and non-union employers. He is recognized by his peers as an experienced trial attorney, having achieved the designation of Certified Civil Trial Lawyer from the New Jersey Supreme Court. Mr. Aron is a frequent lecturer on labor and employment issues. He is also certified as a Senior Professional of Human Resources (SPHR) and a Fellow of the College of Labor & Employment Lawyers.

Mr. Aron advises both Fortune 100 companies with national and international operations as well as colleges, universities and emerging companies. He advises employers in a wide range of industries, including telecommunications, insurance, pharmaceuticals, retail, manufacturing, as well as nonprofit institutions. Mr. Aron has been selected for inclusion in New Jersey Super Lawyers from 2005 to present and has received recognition in Chambers USA.

Mr. Aron received his B.A. with a Distinction in History from Rutgers College in 1979. He earned his J.D. in 1984 from the Benjamin N. Cardozo School of Law, Yeshiva University. Here, Mr. Aron was a recipient of the Jacob Burns Medal.
What legal services does this lawyer offer?
Employment Law - Management
Labor Law - Management
Litigation - Labor and Employment
Awards