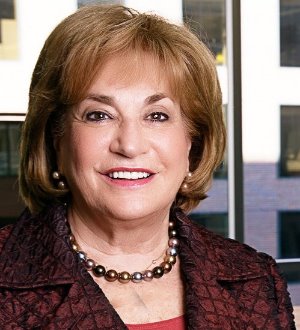 Marna S. Tucker has practiced law in the domestic relations field for almost forty years, and is a nationwide expert in complex divorces, domestic violence and prenuptial matters. She has been recognized several times as one of the "Top Divorce Lawyers" by the Washingtonian Magazine as well as one of the "Top Lawyers" in Washington, D.C.  She was noted as one of the top divorce lawyers in the nation by Town and Country magazine. She is a Fellow of the prestigious American College of Trial Lawyers and a Fellow of the American Academy of Matrimonial Lawyers. The Legal Times recently honored her as one of "Washington's  90 Greatest Lawyers in the last Thirty Years."

She has gained prominence for her leadership in the legal community, having been elected the first woman president of the District of Columbia Bar in 1984 and the first woman president of the National Conference of Bar Presidents. She chaired the Federal Judicial Center Foundation Board, having been appointed by Chief Justice William Rehnquist. Ms. Tucker also chaired the Fellows of the American Bar Foundation and various ABA Commissions and Committees. She currently chairs the ABA Commission on Civics Education in our Nation’s Schools.

In the community, she chaired the Mayor's Commission on Violence Against Women.  She has served as a member of the Board of Regents of Georgetown University, a member of the Board of Visitors of Georgetown Law Center, and as a founding Board member of the National Women's Law Center. She has been honored by the American Bar Association with the Margaret Brent Women Lawyers of Achievement Award and the Robert Drinan Distinguished Service Award. The National Organization for Women awarded her its 2008 Intrepid Woman Award.

She has also been honored by the Women's Bar Association of the District of Columbia as Woman Lawyer of the Year, and by the Georgetown University Law Center with its Alumni Achievement Award.