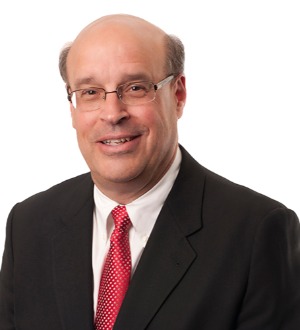 Recognized by Best Lawyers® since 2012.
1300 IDS Center, 80 South Eighth Street Minneapolis, Minnesota 55402
(612) 630-1000
|
Firm: Littler
|  Website
Edit Profile
Edit Your Profile
To edit your Lawyer Directory information, please login to your
Best Lawyers® Admin Account.
If you have any questions or need assistance, please contact us at info@bestlawyers.com or 803.648.0300.
Overview
Firm

Marko J. Mrkonich focuses his practice on discrimination and other employment litigation, client counseling, and traditional labor law issues. He works primarily with clients in the manufacturing and retail industries, and has specific knowledge of matters that arise under:

Marko represents clients in federal and state jury and bench trials, in appellate courts and in administrative hearings before federal and state agencies, including the Equal Employment Opportunity Commission, the National Labor Relations Board, the Department of Labor and the Minnesota Department of Human Rights. He also handles labor arbitrations and has extensive experience in mediation and other forms of alternative dispute resolution.

Marko devotes extensive efforts to training and education and frequently teaches as part of Continuing Legal Education programs. He regularly speaks on a wide variety of employment topics to legal, human resource, and other business audiences.

Previously Littler Mendelson's president and managing director, Marko was also the founding member of the Minneapolis office where he formerly held the position of office managing shareholder.

Before joining Littler, Marko served as chairperson of the labor and employment practice of another firm, where he practiced for 17 years. He began his career as a law clerk to the Honorable Miles W. Lord, United States District Court Judge for the District of Minnesota.