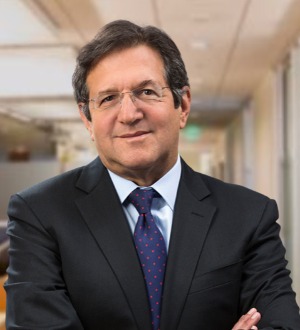 Mark Drooks focuses his practice on civil litigation and arbitration. He has been lead counsel in more than 50 civil trials and arbitrations that have been litigated to final decision and has argued several appeals in state and federal courts, including the California Supreme Court and the United States Court of Appeals for the Ninth Circuit.

Mr. Drooks’s practice runs the gamut of commercial litigation. He has substantial experience representing clients in breach of contract and business tort cases arising out of complex business transactions and he often represents co-owners of businesses in partnership disputes. He has represented defendants in several consumer protection class action cases. In securities matters, he has represented companies, investment advisers and investors in both individual and class actions. He also has represented broker-dealers in various lawsuits and in more than 200 customer dispute arbitrations.

Mr. Drooks is often retained to represent national and international law firms, lawyers and other professionals in connection with malpractice claims, partnership disputes and ethical issues. He has handled such cases through trial, summary judgment and appeals.

Throughout his career, Mr. Drooks has devoted substantial time to representing clients pro bono publico. He drafted the amicus curiae brief for the NAACP Legal Defense Fund in Rojo v. Kliger, a landmark case in which the California Supreme Court adopted the Defense Fund’s analysis in holding that victims of workplace sexual harassment could bring common law tort claims against their abusers. He was lead counsel for the plaintiffs in the El Monte Thai Worker Slavery Case, in which he represented more than 100 undocumented persons who had been held in virtual slavery at a garment factory.

Mr. Drooks has been recognized as one of Los Angeles Business Journal’s Top Litigators & Trial Lawyers and an Elite Boutique Trailblazer by the National Law Journal. He has been ranked by Chambers and Partners in the area of Commercial Litigation since 2019. Chambers has said that “he’s like a world champion chess player when it comes to the hard issues and seeing ten moves ahead.”