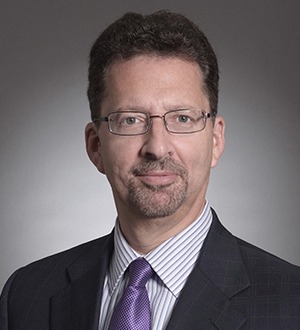 During the 1990’s, Mr. Edelstein established his prior firm’s Real Estate Workout and Bankruptcy Group, and was heavily involved in the numerous debt restructurings and bankruptcies of high profile real estate companies and developers of that decade, including Olympia & York, Donald Trump, Leona and Harry Helmsley, Harry Macklowe, William Zeckendorf, Harold Brown, Trammell Crow, Peter Kalikow, and George Klein. During the most recent downturn, Mr. Edelstein again was in the middle of the highest profile real estate workouts and bankruptcies, representing, among others, the largest creditor group in the General Growth Properties bankruptcy case, and the largest creditor in the Extended Stay Hotels bankruptcy case, and spent years restructuring the debt of, and enforcing litigation and bankruptcy claims against, some of the largest public and private homebuilders in the United States. Mr. Edelstein took cases, as needed, up to the highest courts in the United States, including the U.S. Supreme Court (RadLax Gateway Hotel, LLC v. Amalgamated Bank), where the client won a unanimous verdict; and filed the first voluntary bankruptcy case in the history of two of the largest money center banks in the country to achieve a 100% recovery on a large homebuilder land loan in Nevada at the bottom of the market during the Great Recession.

Mr. Edelstein has received recognition for excellence by Chambers USA, Legal 500, Euromoney’s Real Estate Expert Guide, Best Lawyers in America, Super Lawyers, and Who’s Who Legal (US and International). In 2016 and 2017, he was one of seven real estate attorneys named “Power Lawyer” by the Commercial Observer. In 2013 and 2014, he was named a “Real Estate MVP” by Law360 (globally, only six attorneys in 2013 and seven in 2014 received this honor, and Mr. Edelstein was the only real estate attorney selected two years in a row).

Mr. Edelstein is an author of numerous articles and a frequent lecturer on topics involving real estate finance and workout matters. His articles have appeared in American Banker, Commercial Lending Review, The New York Law Journal, The National Law Journal, The Practical Lawyer, The Real Estate Finance Journal, Corporate Finance, and Real Estate Weekly. In addition, he had a regular Q&A column in, and was on the advisory board of, Warren Gorham Lamont’s Creditors Workout Strategies and was on the editorial board of GlobeStreet’s Distressed Assets Investor Newsletter. He is a member of a number of national and local real estate trade groups, including the Urban Land Institute, Mortgage Bankers Association, Real Estate Lenders Association, International Council of Shopping Centers, and the Real Estate Board of New York. He is also a member of the Real Estate and Construction Council of Lincoln Center and a board member of the Real Estate Networking Trust.