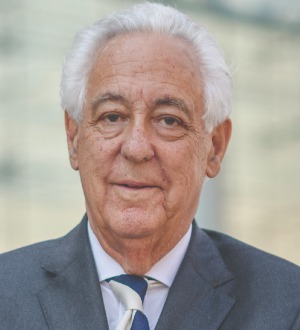 Mark R. Hauser has over 47 years of experience handling commercial real estate transactions of all sizes for local and nationally based real estate developers and investors. He has also been instrumental in forming numerous investment vehicles involving real property, with an emphasis on manufactured home communities. Mark has represented borrowers in CMBS loans since the beginning of that credit facility and has closed loans totaling in the billions of dollars. He also has acted as advisor to many real estate and corporate entities and their owners on federal income and estate tax planning.

In the early years of  his practice, Mark was also a litigator, handling business and tax litigation in State and Federal Courts.  That experience  provided him with the ability to act as an effective mediator and arbitrator, a capacity in which he has ocasionally acted over the years, both in state court cases and for the American Arbitration Association.

Mark is a founding shareholder of the firm of Maddin Hauser Roth and Heller, PC with which he has been associated since 1982, merging the Firm of Weiner Hauser Wartell and Roth (which he founded in the early 1970's) with the Firm of Maddin and Maddin. He has served the firm as Managing Director and Chief Financial Officer.