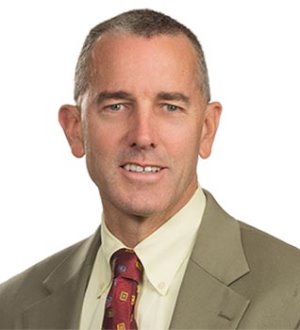 He handles all facets of workers’ compensation and longshore claims from the initial reporting of an accident and its investigation, through the discovery process to trial, and any appellate proceedings thereafter. He is routinely called upon by insurance companies to provide coverage opinions in complex coverage disputes or to evaluate jurisdictional issues that often arise between competing state and federal jurisdictions.

Employers, manufacturers, insurance carriers, shippers, logistic companies, maritime employers, stevedoring companies and defense contractors are clients of Mr. Eckels. He represents companies engaged in all facets of the shipping industry, from ship to shore and overland transportation. In this regard, he serves as designated statewide or national counsel for several logistic companies, insurance carriers, longshore employers and Defense Base Act contractors.

His ability to practice law in Georgia, along with his longshore claims experience, allows him to sort out issues that arise from the concurrent jurisdiction that exists in Georgia. His maritime practice also includes the defense of Jones Act claims, general maritime negligence claims, and 905(b) claims.

Mr. Eckels lectures extensively on a wide range of workers’ compensation and longshore/Defense Base Act topics. He has presented at nationally recognized seminars including the Loyola Longshore Conference in New Orleans, the Signal Maritime Conference, and the Florida Workers’ Compensation Educational Conference in Orlando. In addition, he provides in-house training for clients on topics including claims handling, jurisdictional disputes, ethics, and the interplay between the ADA, FMLA, and state workers’ compensation laws.

In his spare time, he is an avid runner, having completed over 75 marathons, including marathons in all 50 states, as well as marathons in Budapest, Paris, Dublin, Zurich, Athens, Antarctica and Beirut. He has completed 3 Ironman competitions (Florida, Germany and Brazil), and several half-Ironman events. He is an Eagle Scout and currently serves as Scoutmaster for Troop 906 chartered by St. John’s Cathedral. He served on the Board of the St. Mark’s Foundation for St. Mark’s Lutheran Church from 2009-2011 and served on the Board of Directors for St. Mark’s Ark, the church’s day care from 2011-2020. He has been a member of the Baptist Hospital Institutional Review Committee since 2003.