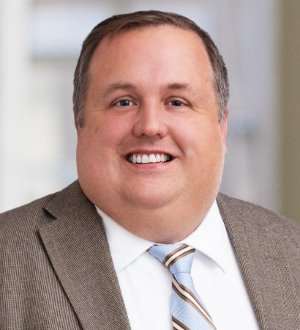 Recognized by Best Lawyers® since 2013.
11 South Meridian Street Indianapolis, Indiana 46204-3535
(317) 236-1313
|
Firm: Barnes & Thornburg LLP
|  Website
Edit Profile
Edit Your Profile
To edit your Lawyer Directory information, please login to your
Best Lawyers® Admin Account.
If you have any questions or need assistance, please contact us at info@bestlawyers.com or 803.648.0300.
Overview
Firm

Appellate adviser and litigator Mark Crandley is at his best when faced with high-stakes claims that involve issues of critical importance and concern. After nearly two decades of practice, Mark knows what does and does not work. Clients and colleagues alike rely upon him for his judgement and leadership throughout the dispute resolution process.

Mark focuses his practice on appeals, constitutional and government law, commercial litigation, and the resolution of probate disputes. He has represented government entities and businesses in courts across the country, and is valued for his skill in creating effective and efficient litigation strategies, particularly in expedited litigation.

As co-chair of the firm’s Appeals and Critical Motions practice and a founder and chair of the firm’s Government Litigation group, Mark has represented clients in scores of appeals in both state and federal courts. He has argued before the Indiana Supreme Court on numerous occasions and has also argued before the U.S. Court of Appeals for Seventh Circuit and for the Sixth Circuit Court, the Indiana Court of Appeals and the Ohio Court of Appeals. Mark has also authored dozens of amicus curiae briefs, including amicus briefs submitted to the U.S. Supreme Court. Mark collaborates with other Barnes & Thornburg attorneys to produce an annual review examining the Indiana Supreme Court’s docket that is published by the Indiana Law Review.

Mark’s practice includes representing local governments in litigation throughout the state of Indiana. He has litigated a broad spectrum of constitutional and municipal law issues, including cases involving municipal utilities, annexation, municipal finance, government contracting, the Home Rule Act, zoning and the federal and Indiana constitutions. He has represented clients in cases of first impression regarding access to public records, public-private partnerships, municipal reorganization, and election issues. He has defended complex constitutional challenges to a variety of state laws and local ordinances. In addition, Mark regularly speaks on topics affecting state and local governments and has co-taught a law school class on the Indiana Constitution

Mark’s commercial litigation practice includes litigation in both state and federal court, where he has tried cases both to the bench and to juries. He has represented clients in cases involving breach of contract, Articles 2, 3, 4 and 9 of the Uniform Commercial Code, trade secrets and various forms of trade regulation.

Prior to rejoining the firm in 2005, Mark served as in-house counsel for the city of Indianapolis, representing the city in complex civil rights litigation and appeals in state and federal courts. As a result, Mark has an inside perspective on how government agencies operate and what drives their decision-making process, often a key component of effectively representing them today.

Before launching his legal career, Mark worked as a newspaper reporter and editor.