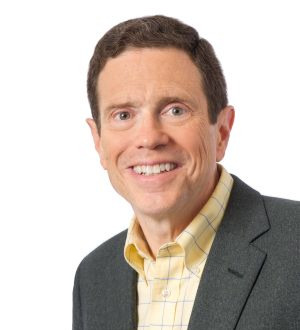 Recognized by Best Lawyers® since 2003.
The Tower at Erieview, Suite 3500, 1301 East Ninth Street Cleveland, Ohio 44114-1821
(216) 456-3840
|
mwallach@walterhav.com
Firm: Walter Haverfield LLP
|  Website
Edit Profile
Edit Your Profile
To edit your Lawyer Directory information, please login to your
Best Lawyers® Admin Account.
If you have any questions or need assistance, please contact us at info@bestlawyers.com or 803.648.0300.
Overview
Firm

Mark regularly appears in state and federal courts in Ohio and throughout the country on behalf of both plaintiffs and defendants.  His recent experience includes:

Mark is a member of the Federal Court Panel for ADR Procedures and was previously a member of the Civil Justice Reform Act Advisory Group.  He has been honored consistently with inclusion in The Best Lawyers in America, Who’s Who in America, Leading Lawyers by Cleveland’s Inside Business magazine, and by Chambers USA. Clients told Chambers that he “is a litigator who isn’t afraid to face down the toughest opponent and gets the job done.”

Print this Page Related News Save To Contacts