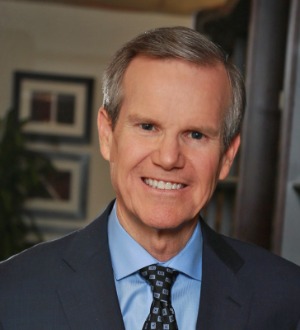 For more than 25 years, Mark has offered intelligent and persistent advocacy for his clients involved in complex litigation matters. In the process, he has helped clients ranging from the State of Arizona to the Arizona Cardinals achieve their objectives, even when doing so required trips to the court of appeals to confirm correct rulings by a trial court or reverse errant ones. Mark’s thorough analysis of evidence in complex cases often leads to key connections among facts that aid in the successful resolution of a matter. And clients appreciate that, despite Mark’s focused efforts to prevail, he maintains a steady, sunny demeanor, typically reflected in his ready smile.

Mark’s legal skills have also benefited from his other life experiences. After completing a degree in classical Greek language and literature from Brigham Young University, Mark spent several years working in the construction and real estate industries.  He then went to law school, receiving his J.D. from the Harvard Law School in 1986. Clients often praise the quality of Mark’s written legal work, and he believes both his classical language training and his time at Harvard Law have enhanced that skill. Mark has since assisted clients in a variety of cases, including those involving real estate, legal and accounting malpractice, contract disputes, corporate governance, securities, and statutory issues.

Mark has also developed special expertise and experience in appellate advocacy. He has handled many appeals, not only before Arizona courts, but also in matters pending before the United States Courts of Appeal for the Fourth, Fifth, Eighth, Ninth, and Tenth Circuits.

Mark’s legal prowess was exemplified in his work as the principal lawyer defending the State of Arizona from lawsuits arising from the alternative fuel legislation enacted in 2000. That required Mark to defend against two major class actions and approximately a dozen other lawsuits stemming from that legislation. The State prevailed completely in every case, including four cases that required decisions by the Arizona Court of Appeals, two of which are reported at Moulton v. Napolitano, 205 Ariz. 506, 73 P.3d 637 (App. 2003) and Baker v. Ariz. Dep’t of Rev., 209 Ariz. 561, 105 P.3d 1180 (App. 2005). But Mark also represents individual clients. In Murphy Farrell Development v. Sourant, 229 Ariz. 124 (App. 2012), for example, Mark successfully defended an individual in an action seeking to acquire mining rights from his client, based on allegations that the client had improperly acquired them. After a trial, the court ruled in favor of Mark’s client on the issue, but denied the client’s request for an award of attorney’s fees. Later, the Arizona Court of Appeals not only agreed that Mark’s client properly acquired the mining rights, but found the trial court had erred in not awarding fees.