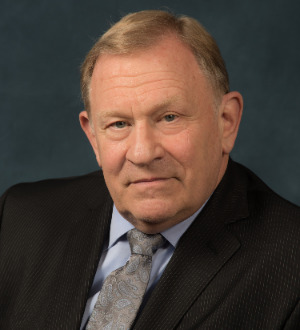 Honorable Mark B. Epstein became counsel to Hoagland Longo on June 1, 2005, upon his retirement from the New Jersey Superior Court bench. His practice is focused on arbitration, mediation and acting as special discovery/allocation master (SDM). Judge Epstein's last judicial assignment was to the Chancery Division, Middlesex County Superior Court. Previously, he served in the Civil Part of the New Jersey Superior Court for 10 years, where he was designated as the total handling judge for environmental cases, insurance coverage, and other complex cases. He has a Martindale-Hubbell "AV" rating, which is the highest rating awarded, identifies a lawyer with "very high to preeminent legal ability and is a reflection of his expertise, experience, integrity and overall professional excellence."

In 1983, Judge Epstein began his judicial career in the Middlesex County Family Part where he was Presiding Judge for eight of the eleven years he was assigned there. During his twenty-two year judicial tenure, Judge Epstein was instrumental in the settlement of several thousand matters including environment, insurance coverage, medical and legal malpractice, commercial, employment, civil rights, personal injury and matrimonial cases.
What legal services does this lawyer offer?
Arbitration
Mediation
Awards