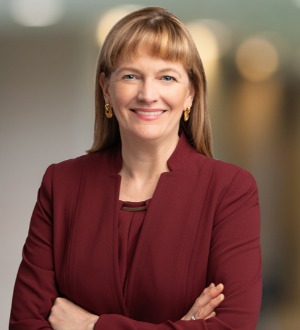 Marcy Hogan Greer is recognized for her work in federal and state trial and appellate courts throughout the country. Her practice consistently includes class action and mass tort cases, including federal and state multidistrict litigation. This experience contributed to her recognition in in Chambers USA: America’s Leading Lawyers for Business in Appellate Litigation, accreditation in Best Lawyers in America in Appellate, Bet-the-Company, and Commercial Litigation, and selection as the “Lawyer of the Year” in 2016 and 2012 for Austin Appellate Practice and 2015 for Austin Bet-the Company Litigation. Marcy has also been recognized as a Texas Super Lawyer for her appellate work since its inaugural list and has been repeatedly listed in the Top 100 Texas Lawyers, Top 50 Central Texas Lawyers, and Top 50 Women Lawyers recognized by that publication.

Marcy is active in the American Bar Association’s Tort Trial & Insurance Practice Section. She clerked in 1993-94 for Carolyn Dineen King, the former Chief Judge of the U.S. Court of Appeals for the Fifth Circuit. Marcy has been board certified in civil appellate law by the Texas Board of Legal Specialization since 1997. In addition, Marcy has been a member of the State Bar Pro Bono College for almost all of her career, requiring at least 75 hours of pro bono work each year. She is currently representing her second death-row inmate, Louis Castro Perez, and has obtained orders from a Texas criminal court staying execution and permitting DNA testing in order to support a claim for actual innocence.

In June 2017, Ms. Greer was awarded the Louise B. Raggio award given by the Texas Bar Association’s Women and the Law Section to recognize an attorney who has actively addressed the needs and issues of women in the legal profession and the community. She also served as the Lead Pro Bono Partner with Texas Appleseed on a major project for the Supreme Court of Texas focused on improving the lives of foster children in Texas and was awarded the Texas Bar Association’s Frank J. Scurlock Award for Outstanding Legal Services to the Poor in 2011.  She continues to be active in the community as a Founder and Executive Committee Member for the Center for Women in Law, President and Trustee for the Texas Supreme Court Historical Society, member of the Texas Supreme Court Advisory Council on Court Rules, member of the by-invitation-only Federation of Defense and Corporate Counsel, Secretary and Board Member for Marathon Kids, member of the Board of Directors of Texas Appleseed, and a member of the Dell Children’s Council, which raises money for the Dell Children’s Hospital.  Marcy is the National Editor of the first and second editions of A Practitioner’s Guide to Class Actions (ABA 2010, 2017).