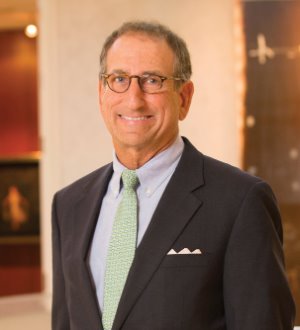 Recognized by Best Lawyers® since 2013.
The Atlantic Building, 950 F Street, NW Washington, District of Columbia 20004-1404
(202) 239-3300
|
Firm: Alston & Bird LLP
|  Website
Edit Profile
Edit Your Profile
To edit your Lawyer Directory information, please login to your
Best Lawyers® Admin Account.
If you have any questions or need assistance, please contact us at info@bestlawyers.com or 803.648.0300.
Overview
Firm

Years In Practice
Phone Number (202) 239-3300
Mr. Scheineson is a partner in the Washington, D.C., office, where he heads the firm’s Food and Drug Law Practice. He advises companies on a wide range of issues, including product approvals, marketing, clinical studies and enforcement. Previously, he served as the associate commissioner for legislative affairs of the Food and Drug Administration. He was involved there in many agency innovations, including prescription drug user fees, debarment, medical device amendments and nutritional labeling. He was also counsel to the ranking member of the Health Subcommittee of the House of Representatives Committee on Ways and Means, and a senior vice president of Ketchum Communications. Mr. Scheineson is also experienced with the application of the OIG anti-kickback statute, HIPAA privacy rules, patent term exclusivity, institutional review board regulation, human research protection, scientific misconduct, technology transfer and licensing, advertising and promotion law, ACCME accreditation, and advises on the FDA regulatory aspects of corporate acquisitions. Mr. Scheineson received an LL.M. degree from the Georgetown University Law Center, and his B.A. and J.D. degrees from the University of Cincinnati and its College of Law.

Mr. Scheineson has been recognized by The Best Lawyers in America, Chambers and Super Lawyers and has been named as one of the “Best FDA Lawyers in Washington, D.C.” In addition, he received the coveted AV Preeminent® Rating by the Martindale-Hubbelllegal rating service based on a survey of his clients and peers.
What legal services does this lawyer offer?
FDA Law
Health Care Law
Languages
Spanish
Education
University of Cincinnati, J.D.
Graduated 1980
University of Cincinnati, BA
Graduated 1977
Contact Details and Office Locations
Office: (202) 239-3300
The Atlantic Building, 950 F Street, NW
Washington, District of Columbia 20004-1404
Washington, District of Columbia 20004-1404
See Location