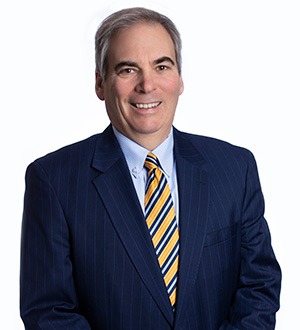 He is an experienced trial lawyer who practices in the Litigation Section at GSRM Law. He has represented companies in contract, employment, environmental, administrative law, construction, business tort, non-competition, intellectual property, wrongful death, and personal injury cases. He regularly advises clients on HR issues and Tennessee Certificate of Need matters.

Clark’s career prior to GSRM Law began with his clerkship for the Honorable Thomas A. Wiseman, Jr., U.S. District Judge, U.S. District Court for the Middle District of Tennessee. In his early years, Clark became partner a in Dearborn & Ewing’s (D&E) in 1987 and became chairman of the firm’s litigation section in 1989. Also, while at D&E, Clark participated in the trial of Emhart, Inc., v. Duracell International, Inc., a significant environmental case and developed a reputation for excellence in environmental litigation.

In 1994, Clark joined the Nashville office of Ogletree, Deakins, Nash, Smoak & Stewart where he was a member from 1994-98. At Ogletree, Clark became involved in Labor & Employment law, including L&E trials in various courts including the United States District Court for the Eastern District of Tennessee and before the AAA in Chicago.

In 2007-2009, Clark led HR Training Camps for HR managers in various cities, including Nashville, Baltimore, and Las Vegas. He regularly provides in-house HR training for clients. The subject matter of the training is customized to fit client needs, and regularly includes anti-harassment and anti-discrimination training among other topics.

Clark is an Administrative Law Judge for Nashville Electric Service. He has taught Remedies at the Nashville School of Law since 2003 and Civil Procedure since 2019. In 2008, Clark began publishing for his Remedies students his own textbook, entitled Remedies Readings. In addition, Clark is a frequent lecturer on trial practice and employment law.

Clark is very active in community service. He is the chair of the Nashville Rotary Club Environmental Committee and is on the Executive Committee of the Leukemia & Lymphoma Society Light the Night Walk and served as was the Corporate Walk Chair for LLS in 2019. Clark is a 2018 graduate of Leadership Middle Tennessee and helped design and implement the Davidson County program for LMT in 2019.

When not working, Clark is an avid wilderness explorer. In 2002, he and his son, Cage, took a 186 mile wilderness canoe trip in the Yukon Territory, Canada. In 2008, Clark and his daughter, Anna, climbed Mt. Kilimanjaro. Each summer from 2009 to the present, Clark and his wife, Norah, have traveled to Alaska for wilderness kayaking trips.