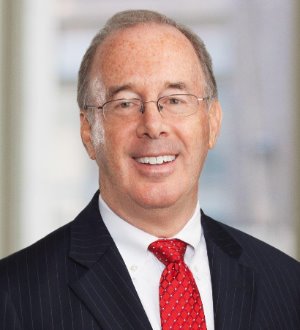 Recognized by Best Lawyers® since 2009.
11 South Meridian Street Indianapolis, Indiana 46204-3535
(317) 236-1313
|
Firm: Barnes & Thornburg LLP
|  Website
Edit Profile
Edit Your Profile
To edit your Lawyer Directory information, please login to your
Best Lawyers® Admin Account.
If you have any questions or need assistance, please contact us at info@bestlawyers.com or 803.648.0300.
Overview
Firm

Lynn C. Tyler is a partner and registered patent lawyer in the firm’s Intellectual Property Department. Mr. Tyler helps innovative companies secure and preserve their market position and competitive advantage by navigating their way through the FDA to the marketplace and enforcing their intellectual property rights, which often must be protected against imitators who seek to reap where they have not sown. He litigates intellectual property matters and represents clients at virtually all stages of the process, including pre-litigation counseling, alternative dispute resolution, formal and informal discovery, trial and appeal.

Mr. Tyler is listed in The Best Lawyers in America® and Indiana Super Lawyers® and is rated AV® Preeminent in Intellectual Property Law by Martindale-Hubbel®. He is the author of several articles published on issues of intellectual property or federal procedure in a variety of peer-reviewed publications. In 2010, one of his articles won the prestigious Burton Award for Legal Achievement. His civic activities include being a co-founder, past president, and volunteer for the Neighborhood Christian Legal Clinic (NCLC) and past chairman of the Indianapolis Civic Theatre (1999-2002). Currently, he serves on the board of the Indiana Chapter of the Juvenile Diabetes Research Foundation. For his work on behalf of the NCLC, he received the Indianapolis Bar Association's Pro Bono Award in 2002 and was a co-recipient of the firm's inaugural Joseph A. Maley Pro Bono Award in 2009.