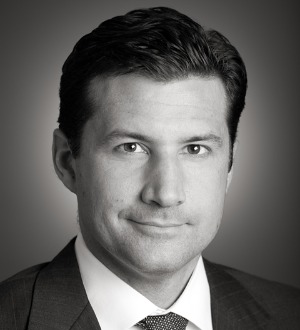 Luke Ellis represents property owners when private property is taken by the government and other condemning authorities. Texas Super Lawyers has recognized Luke as one of Texas’s top trial lawyers concentrating on eminent domain and condemnation (2015-2019). Also, he has earned selection to the Best Lawyers in America (2019-2021). He teaches the course on eminent domain and land takings at the University of Texas School of Law and has testified before the Texas Legislature to promote eminent domain reform.

Luke has actively contributed to his community during his years as a lawyer. He served on the board of directors for Austin Habitat for Humanity for seven years (2006-2012) and served two terms as board president. He participated in a post-tsunami home building project in Sri Lanka with Habitat for Humanity International and is a founding member, former chair, and advisory board member of Austin Habitat Young Professionals. He previously served as a co-chair and guest lecturer for the People’s Law School, an annual Austin Bar Association event designed to teach people about their legal rights. A 2007 graduate of Leadership Austin, Luke served on the advisory committee for the first ever Leadership Austin Emerge class. Luke is the author of the Austin Chronicle’s “The Common Law,” an informational monthly column about everyday legal issues, and for five years he hosted News8Austin’s weekly television news segment of the same name.