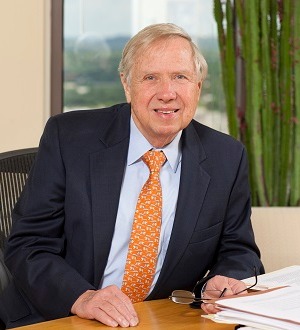 Lou Pirkey is a founding partner of trademark specialty firm Pirkey Barber. Lou Pirkey has specialized in trademark law, primarily trademark infringement litigation and counseling, for well over 40 years, and is one of America’s most highly recognized authorities in the field. He was heralded as "legend of the field" in the 2014 World Trademark Review 1000 ind in 2012 as a "a groundbreaking trademark lawyer undoubtedly practicing at the highest level.” Chambers USA guide to America’s Leading Lawyers for Business refers to him as “the guru” who is “widely recognized as one of the leading trademark litigators in the country.”

Lou's career as a leader in the field and in the profession has included such highlights as the following:

In addition to his trademark litigation practice, Lou is also active in alternative dispute resolution and has served as a neutral in more than 30 trademark disputes. He is a charter member of the Panel of Neutrals of the International Trademark Association/Center for Public Resources.