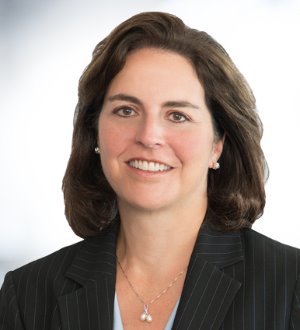 Consistently ranked a “Top Lawyer” by Washingtonian Magazine, Lisa Banks has successfully litigated employment discrimination and whistleblower protection cases at the trial court and appellate level for over 20 years. Ms. Banks is a founding partner of Katz, Marshall & Banks, LLP, where she concentrates her practice on claims related to employment discrimination, sexual harassment, Title IX, whistleblower retaliation, SEC and CFTC whistleblower tips, and contractual employment disputes. Ms. Banks is an experienced advocate who has consistently achieved outstanding results on behalf of her clients either in court or through negotiated settlement.

Ms. Banks has significant experience in federal and state courts, including courts in D.C., Maryland, Virginia, Georgia, Illinois, Colorado, and Tennessee, and has achieved success at all levels, including appeals in the Fourth, Sixth, Tenth, Eleventh, and D.C. Circuits. She has also represented numerous whistleblowers before the Department of Labor (DOL) in the transportation, nuclear, financial, and pharmaceutical industries.

In 2006, Washingtonian Magazine selected Ms. Banks as one of the 40 Best Attorneys under 40 in Washington, D.C., calling her “Washington’s hottest young employment lawyer.” She was named by Washington, D.C. Super Lawyers as among the top five percent of attorneys in Washington, D.C. for 2009-2020, and Martindale-Hubbell has rated Ms. Banks “AV Preeminent,” its highest possible peer review rating. Additionally, the Metropolitan Washington Employment Lawyers Association honored Ms. Banks with its 2018 Lawyer of the Year Award for her advocacy in fighting for victims of sexual harassment and assault, and the Women's Bar Association recognized Ms. Banks and the rest of Dr. Christine Blasey Ford's legal team with the "Dare to Make an Impact" award for their influence on the national discourse surrounding sexual assault and women's rights. In 2019, Ms. Magazine honored Ms. Banks with the "Wonder Woman Award" for her work fighting against injustices faced by women and girls because of their gender. Finally, Ms. Banks was inducted into the College of Labor and Employment Lawyers' Class of 2017.

Ms. Banks regularly speaks on employment law, whistleblower, and litigation matters before the American Bar Association (ABA), the D.C. Bar Association, the National Employment Lawyers Association (NELA), and the Metropolitan Washington Employment Lawyers Association (MWELA), where she has served as the organization’s Vice President. Ms. Banks is active in the ABA’s Labor and Employment Law Section, where she currently serves as the Employee Co-Chair of the Equal Employment Opportunity (EEO) Committee. She has also been active with the ABA as an Associate Editor to Lindemann, Grossman and Weirich, Employment Discrimination Law, Fifth Edition, 2015 Cumulative Supplement; as a Litigation Track Coordinator for the 9th, 10th, and 11th Annual Section of Labor and Employment Law Conferences; and as a Program Chair for the EEO Committee.

Ms. Banks was appointed in 2016 to serve a two-year term as a public representative on the Whistleblower Protection Advisory Committee (WPAC). Established to improve the Occupational Safety and Health Administration's (OSHA) management of whistleblower protections, the committee advises the Secretary and Assistant Secretary of Labor on ways to increase transparency and efficacy.

In 2009, the American Arbitration Association (AAA) named Ms. Banks to its national roster of neutrals, to hear and resolve cases brought for binding arbitration before the AAA. Since then, she has served as an arbitrator for all manner of employment and contractual disputes brought before the AAA.

Ms. Banks was an attorney in the EEOC’s Office of General Counsel, Appellate Services Division, from 1997-2000. In 1999, Ms. Banks served as an Attorney Advisor in the Office of Counsel to the President at the White House. She clerked for the Honorable Gregory K. Scott, Colorado Supreme Court from 1996-1997, and the Honorable Daniel M. Taubman, Colorado Court of Appeals, from 1995-1996. Ms. Banks received a Bachelor of Arts degree from Trinity College in Hartford, Connecticut in 1990, and a J.D. degree from the University of Denver Sturm College of Law in 1995, where she served as an editor on the Denver University Law Review.