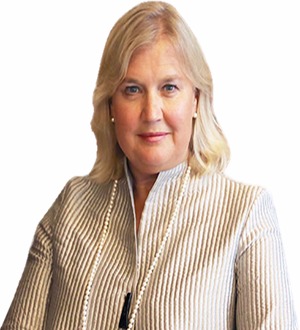 Years In Practice
Phone Number (617) 849-6200
Lisa G. Arrowood is a Founding Partner of Arrowood LLP. Previously a Founding Partner of Todd & Weld LLP and a partner and associate at Hale and Dorr, she has over thirty years' experience practicing law in the areas of business litigation, employment disputes, medical malpractice, personal injury and legal malpractice. She is well known for her ability to try to a jury, judge or arbitrator breach of contract claims, medical malpractice cases, legal malpractice cases, sexual harassment and other employment claims and all forms of business tort cases. She has litigated cases in state and federal courts in Massachusetts, New Hampshire, Vermont, New Jersey, Texas, Virginia, Rhode Island, Nevada, and Connecticut. Her extensive jury trial experience resulted in her induction into fellowship in the American College of Trial Lawyers in 2000. She has been described in Chambers USA, America's Leading Lawyers for Business as a "dynamic courtroom attorney" and "a force of nature" with "tremendous talent" in cross-examination.

From 2010 – 2013, Lisa held a three year appointment as the First Circuit Representative to the ABA Standing Committee on the Federal Judiciary. The 15-member Committee evaluates all nominations of Article III judges to the federal district courts, circuit courts of appeals and the United States Supreme Court, as well as various territorial district courts. From 2015 – 2016 she was the President of the Boston Bar Association.  She has also held leadership positions in the American College of Trial Lawyers.  She was a member of the Massachusetts Board of Bar Overseers from 2009 to 2015.

Lisa Arrowood has extensive experience in all forms of business litigation, including: breach of contract and misrepresentation disputes, disputes concerning non-competition agreements and other restrictive covenants, breach of fiduciary duty cases; and unfair business practices cases. She has represented both publicly traded corporations and family businesses. She has successfully tried to resolution numerous business dispute cases. In May 2011, Ms. Arrowood, together with Jed DeWick, obtained a preliminary injunction on behalf of an international financial services company prohibiting a former high-level employee from competing with the company or soliciting its customers. Ms. Arrowood has also successfully prosecuted trademark cases involving the mark "Better Homes and Gardens" for Meredith Corporation, and successfully defended Dr. Barry Sears in a trademark case brought by Abbott Laboratories concerning the "Zone" diet related marks.

Ms. Arrowood is well known for her success in representing plaintiffs in medical malpractice cases. In 1998, Ms. Arrowood won the third largest jury verdict in the Commonwealth of Massachusetts for a family in a medical malpractice case involving a neurological injury, known as kernicterus, to a newborn. In addition to the $10.5 Million judgment involved in that 1998 trial, she has obtained settlements for plaintiffs in kernicterus cases in the millions of dollars in cases filed all over the country. In 2009, along with Jed DeWick, she obtained a multimillion dollar judgment against an obstetrician in a case involving the death of a pregnant mother from cardiomyopathy of pregnancy and in 2010 she won another multimillion dollar verdict against an internist involving the death of a 21 year old college basketball player suffering from hypertrophic cardiomyopathy (HCM). Ms. Arrowood has handled virtually every type of medical malpractice action, ranging from birth injury, to failure to diagnose various types of cancer, heart attacks, and stroke, and involving almost every medical specialty, as well as physical therapists and nurses.

Ms. Arrowood's success in personal injury and medical malpractice claims are well documented not just in Massachusetts but in local and federal courts across the United States. She has successfully represented plaintiffs in suits involving injuries suffered in construction accidents, automobile accidents, industrial accidents, and products liability claims. She has had numerous settlements of personal injury cases in the millions of dollars.

In 2006, Ms. Arrowood, together with Raymond Ausrotas, won the 10th largest jury verdict in the Commonwealth of Massachusetts on behalf of a severely injured autistic boy. The case was brought against his school's medical director and various administrators who had failed to supervise the child's caretakers, and against several teachers who had physically and emotionally abused him. The $2 Million judgment was delivered following a six week jury trial.

Ms. Arrowood has successfully represented employers across all major industries in litigation involving sexual harassment, gender discrimination, handicap discrimination and other such claims. Individual employees turn to Ms. Arrowood for sound, practical advice in negotiating employment contracts and severance agreements and in pursuing claims through state and federal agencies and courts. She has also successfully negotiated complex severance packages and employment agreements on behalf of financial, marketing and sales executives as well as physicians. She has litigated and tried discrimination and other employment cases in court, most recently winning a gender discrimination case against Dana Farber Cancer Institute after a three week jury trial in June 2011 with her partner, Kevin Peters. She has also achieved many settlements for employees in the high six figures and in the seven figures.

Ms. Arrowood has represented a variety of individuals in legal malpractice claims. She has represented individuals and corporations in claims against their lawyers and law firms including the successful trial of such a claim in 1998. Additionally, she has represented attorneys against whom malpractice claims have been made. Her legal malpractice experience spans the full spectrum of legal services from representing a corporate client against a law firm for negligently providing an opinion letter to representing another client against a divorce attorney in connection with his handling of her divorce, to representing a law firm sued by numerous clients for one of its partner's alleged mishandling of clients' funds.

Ms. Arrowood's representation has included such prominent clients as Dr. Barry Sears, creator of the ZONE Diet, whom she successfully defended when he was sued for breach of contract in the United States District Court for the District of Massachusetts. The case was voted among the "Biggest Defense Wins of the Year" by Massachusetts Lawyers Weekly in 2003. Ms. Arrowood has also represented Staples, Inc., Fidelity Investments, Procter & Gamble, Meredith Corporation (publisher of Better Homes and Gardens Magazine), Ropes & Gray, as well as several other law firms and many other individuals and businesses of all types and sizes.