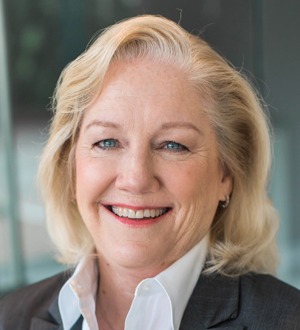 Linda Moore’s goal is simply to be more prepared than those she goes up against. Knowing a case inside and out is something she takes very seriously. Over the years it’s paid off. Ask those Ms. Moore represents – and even some she doesn’t – and they will tell you how good she is at her job. A former client summed it up best: “I’d hate to go to battle against her. I’m glad she’s on my team.”

Ms. Moore brings a unique set of skills to the table many attorneys are unable match. While she has broad experience in general litigation as well as civil and insurance defense, her main focus is in litigation concerning the Employee Retirement Income Security Act, or ERISA. Many attorneys are unfamiliar with this often complex area of the law dealing with benefit plans, making her a valuable addition to any team.

An advocate for the LGBTQ community, Ms. Moore previously served as President of Resource Center, a Dallas-based organization which operates one of the largest LGBTQ community centers in the United States, providing education, advocacy and health services. Ms. Moore is a graduate of St. Mary’s University School of Law. She is licensed to practice in the State of Texas, the United States district courts for the Northern, Southern, Eastern, and Western districts of Texas, and United States courts of appeals for the Fifth and Federal circuits.