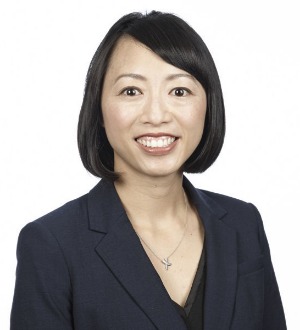 A partner in Lieff Cabraser’s San Francisco office, Lin Chan’s successes include representing direct purchasers of titanium dioxide against titanium dioxide manufacturers for conspiring to fix prices. Lin worked extensively on the case’s trial preparation, including drafting and arguing motions in limine. In 2013, the case settled before trial for $163 million. In 2017, Lin won the prestigious award for “Outstanding Antitrust Achievement by a Young Lawyer” from the American Antitrust Institute for her work on the Cipro drug antitrust cases, as well as sharing Lieff Cabraser’s team award from the AAI for “Outstanding Private Practice Antitrust Achievement” for their work on the Cipro case.

Prior to joining Lieff Cabraser, Lin spent four years litigating nationwide employment discrimination and wage and hour class action lawsuits throughout the country. She also served as a law clerk to the Honorable Damon J. Keith of the Sixth Circuit U.S. Court of Appeals from 2007 to 2008.

Lin received her J.D. from Stanford Law School in 2007. While at Stanford, Lin was the Editor-in-Chief of the Stanford Journal of Civil Rights and Civil Liberties, and served as the Fundraising Chair of the Shaking the Foundations Progressive Lawyering Conference. During this time, Lin participated in the Stanford Immigrants’ Rights Clinic, where she successfully represented a Guatemalan refugee in her application for asylum and wrote an amicus brief to the Inter-American Commission on Human Rights on behalf of Human Rights Watch. Prior to attending law school, Lin worked as a labor organizer for the Service Employees International Union.