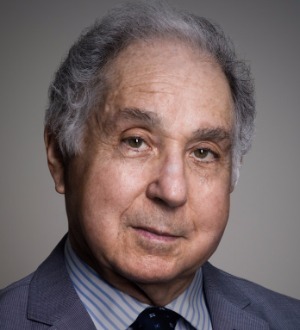 LEWIS M. STEEL works on a wide range of class actions and individual cases, generally involving racial  and sexual discrimination  matters as well as labor law violations. Presently, as a member of an Outten & Golden team, he has been ligating class action claims challenging  the invalidated use by employers of criminal records to deny applicants jobs, including the ground breaking Gonzales v. Pritzker settlement  against the United States Census Bureau, for which Mr. Steel  and the team received  the 2017 Public Justice Award.  Mr. Steel has also been listed in Best Lawyers in America for more than twenty years.

Before joining Outten & Golden, Mr. Steel handled a wide range of civil rights cases involving housing and zoning discrimination, as well as police brutality and criminal cases. He served as co-lead counsel in the Rubin Carter/John Artis case for which he was honored by the New York Criminal Bar Association in 2000. Moreover, New York Law School has awarded him an honorary Doctor of Laws degree for his civil rights work and he has been an adjunct professor of law there.

Mr. Steel graduated from Harvard College in 1958 and from New York Law School in 1963, where he was the Editor in Chief of the Law Review.