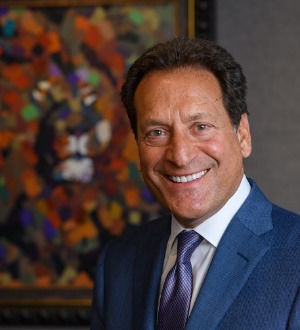 Recognized by Best Lawyers® since 2003.
200 Market Avenue North, Suite 300 Canton, Ohio 44702
(330) 453-5466
|
Firm: Plakas Mannos
|  Website
Edit Profile
Edit Your Profile
To edit your Lawyer Directory information, please login to your
Best Lawyers® Admin Account.
If you have any questions or need assistance, please contact us at info@bestlawyers.com or 803.648.0300.
Overview
Firm

Mr. Plakas has been involved in hundreds of civil jury trials during his career in both State and Federal Courts. After a two week jury trial in Federal Court, the Judge wrote in a post-trial ruling awarding attorney fees and costs in December, 2011: “Lee Plakas is an impressive trial lawyer, he is prepared for his courtroom presentations.

”Mr. Plakas’ record of trial successes is unique in the broad spectrum of types of cases in which he has won multi-million-dollar verdicts. His successes include the highest defamation verdict in Ohio’s history – a $44 million verdict in the case of Gibson’s Bakery v. Oberlin College. A $14 million result against a hospital system for corrupt activities, and million dollar plus verdicts and judgments in business breach of contract, medical malpractice, employment sexual harassment, nursing home negligence, workplace safety cases and personal injury cases.

In addition to the record setting $44 million defamation verdict, he has won the highest verdicts in Stark County’s legal history in business litigation, employment harassment and nursing home negligence.

He has experience in protecting landowners in energy, oil/gas and other mineral extraction cases. Mr. Plakas has been involved in negotiating oil and gas leases and monitoring related operations since as early as 1982. He has also been involved in cases dealing with complex environmental and waste disposal.