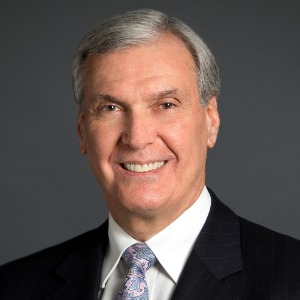 Len Fornella is a shareholder in the Litigation, Employment and Labor, and Energy and Natural Resources groups of Babst Calland. His practice focuses primarily in the areas of admiralty and maritime law, general commercial litigation on behalf of corporations and other business entities, and employment and labor law. A significant and substantial part of Mr. Fornella’s practice involves the handling of a wide variety of matters arising under the admiralty and maritime laws of the United States. Included within that practice are the defense of claims by seamen under the Jones Act, the defense of claims under the Longshore and Harbor Workers’ Compensation Act, the handling of maritime property and casualty claims, seizure claims, as well as limitation of liability actions. Mr. Fornella also handles marine regulatory and administrative matters.

Mr. Fornella’s practice in the labor and employment area has included, among other things, grievance and arbitration proceedings, NLRB matters, strike-related advice and litigation, representation elections, unemployment compensation proceedings, MSHA matters, breach of employment contract claims, discrimination claims and ERISA litigation. Mr. Fornella has represented employers in the defense of workers’ compensation and occupational disease/black lung claims. He has also negotiated collective bargaining agreements for employers, both in the private and public sectors. In this regard, Mr. Fornella has acted as the chief labor negotiator for the South Fayette Township School District since 1984, with respect to both the professional and non-professional bargaining agreements.

Mr. Fornella has also devoted a portion of his practice to the representation of business entities in general and commercial litigation. In that regard, he has defended major corporations in on-going asbestos litigation over the years. Mr. Fornella has also handled a variety of other types of commercial and miscellaneous litigation, including breach of contract claims, commercial arbitration matters, mine subsidence claims, property damage claims, trespass claims, real estate claims and personal injury claims.

Mr. Fornella graduated from The Pennsylvania State University in 1975, where he earned a B.S., with highest distinction, and was a member of the Honors Accounting Program. In 1978, he earned his J.D. from the University of Pittsburgh, where he was the recipient of the American Jurisprudence Award for Torts.

Mr. Fornella is admitted to practice law before the Supreme Court of the Commonwealth of Pennsylvania, the Supreme Court of Appeals of West Virginia, the United States Supreme Court, the United States Courts of Appeals for the Third, Fourth and Sixth Circuits, the United States District Courts for the Western and Eastern Districts of Pennsylvania, the Southern and Northern Districts of West Virginia and the Eastern District of Kentucky. He is a member of the Allegheny County, Pennsylvania and Federal Bar Associations, as well as the Maritime Law Association. Mr. Fornella was selected to the 2005, 2010 and 2013-2018 Pennsylvania Super Lawyers lists (Thomson Reuters).Since 1980, Mr. Fornella has served as a member of the Board of School Directors of the South Fayette Township School District, where he has served as President, Treasurer, as well as other offices and committee chairs. He also serves on the Board of Directors for the Allegheny Intermediate Unit. Mr. Fornella was elected to the Board of Directors of the Crohn’s & Colitis Foundation of America – Western Pennsylvania Chapter in 2004, and served as Chairman of the Board in 2012 and 2013. From 2000 to 2004 he served as a member of the Board of Directors of the local British – American Business Council and the Pittsburgh Maritime Club.