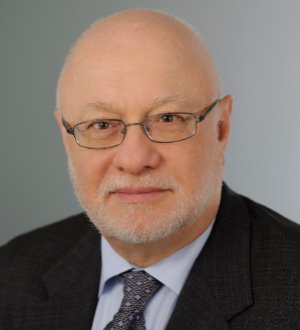 Recognized by Best Lawyers® since 2006.
1666 K Street, NW Washington, District of Columbia 20006
(202) 775-1200
|
Firm: Sullivan & Worcester LLP
|  Website
Edit Profile
Edit Your Profile
To edit your Lawyer Directory information, please login to your
Best Lawyers® Admin Account.
If you have any questions or need assistance, please contact us at info@bestlawyers.com or 803.648.0300.
Overview
Firm

Leonard A. Miller, of counsel, is a member of the Environment & Natural Resources Group and the International Group in our Washington, D.C. office. He is a pioneer in the environmental field as one of the first environmental lawyers in the U.S. government, working for the National Air Pollution Control Administration and then as part of the group of federal employees who started the U.S. Environmental Protection Agency (EPA). While at EPA, Mr. Miller created the structures of the modern-day regulation of air and water pollution, and designed the framework for all of the EPA permit programs. He headed the national water enforcement effort and handled ground-breaking and controversial enforcement cases from Alaska to Idaho to the Caribbean.

In private practice since 1980, Mr. Miller has represented some of the largest corporations in the world in solving their environmental, health and safety issues, and championed the cause of new companies from the United States, China, Korea and India entering the U.S. agricultural chemical market. He has also represented several industry groups and associations, notably the nylon industry and the asphalt pavement industry in matters requiring innovative solutions to complex environmental, health and safety issues. Mr. Miller has handled cases involving aldrin/dieldrin, PCBs, dioxins, lead and asbestos. He also has pursued patent infringement actions against some of the largest companies in the telecom industry.