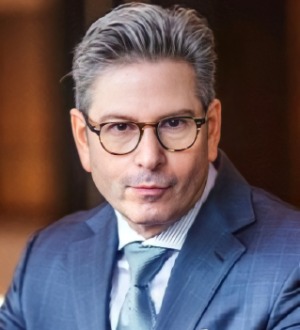 Years In Practice
Phone Number (516) 873-7200
Lee Rosenberg is a trial and appellate litigator with over 20 years of experience in all phases of matrimonial and family law practice. This includes the trial of complex custody, support and equitable distribution matters, as well as the important ability to settle these cases.

He is a past Chair of the Nassau County Bar Association Matrimonial Law Committee where he was responsible for the Committee's Resolution in support of the passage of the "Marriage Equality Act" which provides for same-sex marriage rights in New York and was awarded the Bar Associations Directors' Award for 2012-2013.  In addition, Lee serves as an arbitrator for the Office of Court Administration's Matrimonial Fee Dispute Panel. He is "AV Preeminent" Peer Review Rated by Martindale-Hubbell with a 5.0 out of 5 rating for his legal abilities and dedication to ethics. He continues to be selected as a New York "Super Lawyer" in family law. He has been recognized as one of the "Ten Leaders in Matrimonial and Divorce Law on Long Island" by Ten Leaders and listed among the top rated attorneys on Long Island. He is a member of the New York State Bar Association Family Law Section Executive Committee.

He is the Editor-in-Chief of the New York State Bar Association's Family Law Review and has been a member of the Editorial Board of ALM's New York Family Law Monthly.