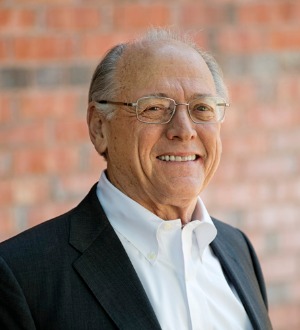 Recognized by Best Lawyers® since 1991.
405 West Franklin Street Tucson, Arizona 85701
(520) 798-3803
|
Firm: Hecker Pew PLLC
|  Website
Edit Profile
Edit Your Profile
To edit your Lawyer Directory information, please login to your
Best Lawyers® Admin Account.
If you have any questions or need assistance, please contact us at info@bestlawyers.com or 803.648.0300.
Overview
Firm

Lawrence Hecker is a principal in the firm of Hecker Pew, PLLC.  He was named Man of the Year for 2008 by the Metropolitan Tucson Chamber of Commerce.  Mr. Hecker was also named a 2007 Entrepreneurial Fellow by the McGuire Center for Entrepreneurship and is an Assistant Adjunct Professor at the University of Arizona, College of Law teaching Law and Entrepreneurship.

Mr. Hecker received both his Bachelor of Arts degree (1969) and his Juris Doctor (1972) from the University of Arizona.  He was on the Board of the Arizona Department of Transportation from 1979 through 1983, serving as Chairman in his last year, and was Chief of Staff to Governor Bruce Babbitt from 1983 through 1984.  He has served as Chairman of the Securities Regulations Section of the State Bar of Arizona, and is a member of the Securities Regulations and Business Law Sections of the State Bar of Arizona.