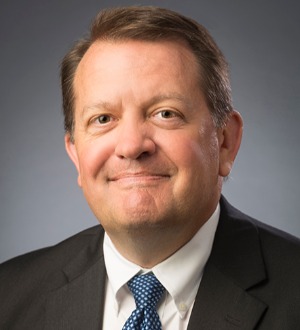 Larry’s practice involves general liability with a focus on injuries and deaths caused by motor vehicle accidents. He also handles cases involving injuries caused by pharmacy errors, contractor negligence, nursing home/elder care abuse and land owner liability. Larry has tried cases throughout the State, but predominantly in southeastern Wisconsin. He has spoken to dozens of high school classes and local civil groups on the topic of civil litigation.

Larry is also on the Marquette University Law School Alumni Advisory Board, and is past president of the Marquette University Law School Alumni Association.  He also maintains membership in the State, Milwaukee, and Sheboygan Bar Associations as well as the Wisconsin Association for Justice and the American Association for Justice. Additionally, he has been included in Best Lawyers in America since 2010. Larry has also been named to the Top 50 Wisconsin Super Lawyers list since 2009 and Top 25 Milwaukee Super Lawyers each year since 2011.

Larry is a 1980 graduate of Marquette University, with honors. He obtained his law degree from Marquette University Law School in 1983. He also enjoys running, having completed three marathons, many half marathons, and several recreational running events, including the Hood to Coast Relay Race in Oregon (twice) the Bourbon Chase in Kentucky and the 2018 “Ville to Ville” Relay from Asheville NC to Greenville SC. He also enjoys kayaking, ice fishing, the north woods and his grandchildren.  Larry is active in his church and his Wauwatosa community.