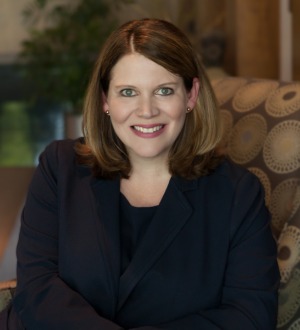 Recognized by Best Lawyers® since 2019.
5141 Virginia Way, Suite 270 Brentwood, Tennessee 37027
(615) 742-4880
|
LBaker@johndaylegal.com
Firm: The Law Offices of John Day, P.C.
|  Website
Edit Profile
Edit Your Profile
To edit your Lawyer Directory information, please login to your
Best Lawyers® Admin Account.
If you have any questions or need assistance, please contact us at info@bestlawyers.com or 803.648.0300.
Overview
Firm

Phone Number (615) 742-4880
Laura Baker is a Shareholder with the Law Offices of John Day, P.C. She has spent more than 12 years representing clients in personal injury, wrongful death, and tort litigation across the state. She has successfully represented clients in hundreds of injury cases including motor vehicle, wrongful death, and slip and fall accidents, as well as medical negligence and products liability cases. Laura's reputation and experience have earned her several accolades. Laura has been selected as one of the “Best of the Bar” by the Nashville Business Journal in 2015, 2017, 2018, and 2019. In 2015, Laura was a winner of the Nashville Business Journal's “40 Under 40” award. Hundreds of professionals were nominated, and Laura was chosen based on her professional accomplishments as well as her community involvement. Laura has also been named a Mid-South Super Lawyer in Personal Injury every year from 2013 to 2018. She was selected as one of the Top 100 Lawyers in Tennessee in 2018 and as a one of the Top 50 Women Lawyers in the Mid-South by Super Lawyers in 2015 and 2018. Laura was named a Mid-South Super Lawyers Rising Star in 2012. In 2016, Laura was awarded the "Rising Star Award" by the Lawyers' Association for Women. She was also recognized as an Athena Young Professional Award Nominee in 2016. Laura has earned the AV® Preeminent™ ranking from Martindale-Hubbell through its peer-review system, which indicates a ranking at the highest level of professional excellence. Laura is a leader in the legal community. She was recently elected President-Elect of the Nashville Bar Association, a 3,000-member association of lawyers in the Nashville area. She will serve as President of the NBA in 2020. Laura has served on the Board of Directors for the NBA since she was elected in 2016. Laura was awarded the NBA President’s Award in 2017 for her work in establishing the Friday Fundamentals program, a 13-week program for new lawyers designed to bridge the gap from law school to law practice. She served as Chair of the program in 2017 and 2018. In 2014, Laura was selected as one of 28 inaugural members of the Nashville Bar Foundation Leadership Forum. She now serves on the Steering Committee for the Leadership Forum and served as Co-chair of the Steering Committee for the 2018-2019 program year. Laura previously served the NBA as co-chair of the Chancery and Circuit Courts Committee. Laura was inducted as a Fellow of the Nashville Bar Foundation in 2015. Laura served as the President of the Lawyers’ Association for Women, Marion Griffin Chapter from 2014-2015. She also has served this organization in a number of other leadership roles, including as Treasurer from 2012-2013. Laura was selected as an Associate Member of the Harry Phillips American Inn of Court in 2011 and served a two-year term. She was again selected for this organization as a Barrister from 2014 to 2018, and she served on the Executive Committee for the Inn in 2017-2018. Laura is a member of the Tennessee Trial Lawyers Association, the Tennessee Lawyers’ Association for Women, and the Nashville, Tennessee, and American Bar Associations. In 2013, Laura was selected to the Tennessee Bar Association Leadership Law class, an honor reserved for approximately 30 lawyers across the state each year. Laura is a native of Nashville, Tennessee. She completed her undergraduate studies at Rhodes College in Memphis, Tennessee, and earned her Doctor of Jurisprudence at the University of Tennessee in 2006 where she concentrated on Advocacy and Dispute Resolution. During law school, she was selected as a member of the National Trial Team and she was a member of the Tennessee Journal of Law and Policy. She also won the Ray H. Jenkins intramural mock trial competition. After completion of her law degree, Laura was awarded the Award of Excellence in Trial Advocacy by the Tennessee Attorney General in 2006.
What legal services does this lawyer offer?
Medical Malpractice Law - Plaintiffs
Personal Injury Litigation - Plaintiffs
Product Liability Litigation - Plaintiffs
Bar Admissions
Tennessee
Admitted in 2006
Awards
Education
University of Tennessee - Knoxville, J.D.
Graduated 2006
Rhodes College, B.A., Political Science
Graduated 2003
Contact Details and Office Locations
Other: (615) 742-4880
LBaker@johndaylegal.com
5141 Virginia Way, Suite 270
Brentwood, Tennessee 37027
Brentwood, Tennessee 37027
See Location