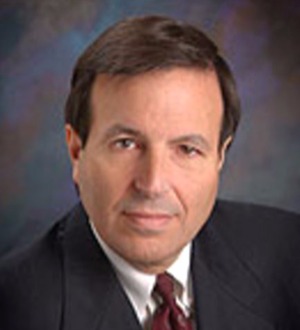 Recognized by Best Lawyers® since 2008.
300 Rue Beauregard, Building C Lafayette, Louisiana 70508
(337) 366-8317
|
Firm: Larry Curtis, APLC
Edit Profile
Edit Your Profile
To edit your Lawyer Directory information, please login to your
Best Lawyers® Admin Account.
If you have any questions or need assistance, please contact us at info@bestlawyers.com or 803.648.0300.
Overview
Firm

“Larry Curtis is recognized as one of Louisiana's pre-eminent personal injury lawyers. For over thirty years, Larry has successfully represented maritime workers of all type – drill rig and platform workers, service hands, and offshore construction workers, as well as commercial divers, dredge crew and fishermen – in cases involving serious injury or death. Larry is a seasoned lawyer, with a national reputation in maritime personal injury cases. Larry repeatedly has won multi-million-dollar verdicts and settlements for his clients.

Larry attended St. John's University, in Jamaica, New York (B.A. 1974) and Loyola University School of Law in New Orleans, Louisiana (J.D. 1977). In the Fall of 2013, Larry was named “Lawyer of the Year” by the Woodward/White publication  Best Lawyers® in the practice area of Personal Injury Litigation for the metropolitan area of Baton Rouge, which includes the City of Lafayette. He is listed in the publication known as: Louisiana Super Lawyers® since its inaugural issue in 2007. For the past three years, the  Louisiana Super Lawyers® publication has recognized Curtis as one of the Top 50 Attorneys in Louisiana. For more than fifteen years, he has been listed, in the Martindale-Hubbell Bar Register of Preeminent Lawyers® and holds the highest rating given by the Martindale-Hubbell Law Directory®.  Almost two decades ago,  St. John's University honored Curtis  with its Alumni Outstanding Achievement Medal.  In the summer of 2005, Curtis was invited to join The Academy of Trial Advocacy, an exclusive group of some of the country's most accomplished trial lawyers. He is also a founding member of The Aletheia Institute, a national, by-invitation-only, organization of lawyers committed to promoting truth in advocacy, full disclosure in discovery and a fair measure of justice to all litigants.

Larry is a member of the American, Federal, Louisiana, and Lafayette Bar Associations, The Maritime Law Association of the United States, as well as the American and Louisiana Associations for Justice. He has served as a member of the President's Advisory Council, the Board of Governors, and the Council of Directors of the Louisiana Association for Justice.  Curtis is an Emeritus Member of The American Inn of Court of Acadiana. Curtis served on the Board and is a past President of the Lafayette Bar Association. He has been invited to speak at local, state, and national professional meetings about federal trial practice and maritime personal injury litigation. Community involvement is important to him as well: for five years he served as the host of a monthly TV program about Catholic Social Teaching. He is a member of, and,  presently serves as an officer of, the Knights of Columbus, Council 7275.