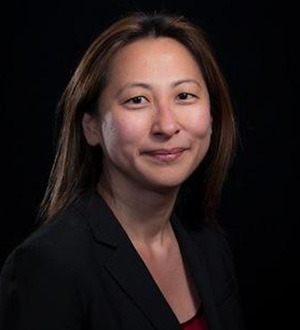 Recognized by Best Lawyers® since 2018.
8045 Leesburg Pike, Fifth Floor Vienna, Virginia 22182
(703) 790-1900
|
kndickerson@smolenplevy.com
Firm: SmolenPlevy
|  Website
Edit Profile
Edit Your Profile
To edit your Lawyer Directory information, please login to your
Best Lawyers® Admin Account.
If you have any questions or need assistance, please contact us at info@bestlawyers.com or 803.648.0300.
Overview
Firm

Kyung (Kathryn) Dickerson is a principal at SmolenPlevy in Vienna, Virginia. She is a member of the Bars of Virginia and the District of and is admitted to practice before the U.S. Court of Appeals – Fourth Circuit, U.S. Bankruptcy Court – Eastern District of Virginia and the U.S. District Court – Eastern District of Virginia. She is a graduate of the University of Virginia and George Mason University School of Law, where she served on the Board of Editors for the Journal of International Legal Studies.  Throughout her career, Dickerson has received numerous awards. Most recently she was named a 2018 Best Lawyer by The Best Lawyers in America© and was selected as a “Leader in the Law” by Virginia Lawyers Weekly in 2007 and SmartCEO Magazine’s Power Players Attorney of the Year for divorce, domestic relations, and child custody and adoptions in 2013. Northern Virginia Magazine has named her a Top Lawyer for family-focused law in 2016, 2015, 2013 and 2010. She was named to “Virginia Legal Elite” by Virginia Business in 2014.