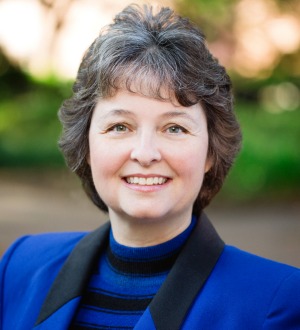 Years In Practice
Phone Number (912) 236-0261
Kirby Mason is a partner in HunterMaclean’s litigation practice group, contributing over twenty years of experience to the Firm. A tough litigator, Kirby is at home in the courtroom where she presents the facts and law in a straightforward manner. She is equally effective in front of a jury as in a bench trial or in mediation/arbitration proceedings.

Over the years, Kirby has litigated a variety of cases. Her breadth of training and knowledge permits her to represent businesses in contract disputes, litigate real estate issues, and defend banking institutions. She has successfully represented employers who have faced employment claims as well as medical providers who have been charged with professional negligence, resulting in numerous defense verdicts.

Kirby received two B.A. degrees from Whitman College in 1986 and graduated, cum laude, from the University of Georgia School of Law in 1989. Her civic and volunteer efforts include: having served as a board member for Savannah’s Rape Crisis Center and the Boy Scouts of America; volunteering at her church; providing pro bono legal services for indigent persons; participating in the Truancy Intervention Program; having served as a board member of Greenbriar Children’s Center; participating in Habitat for Humanity’s Women’s Build in Rincon, Georgia; serving on the Allocation Panel of United Way for several years; and participating in Leadership Savannah.
What legal services does this lawyer offer?
Hospital Malpractice
Medical Malpractice Law - Defendants
Languages
French
Education
Graduated
Whitman College, BA
Graduated 1986
Contact Details and Office Locations
Office: (912) 236-0261
200 East Saint Julian Street, P.O. Box 9848
Savannah, Georgia 31412-0048
Savannah, Georgia 31412-0048
See Location