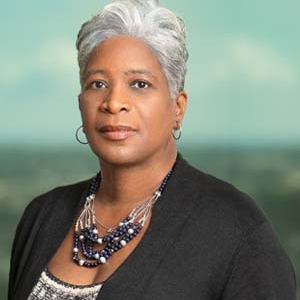 Years In Practice
Phone Number (504) 566-1311
Kim Boyle practices in the areas of labor and employment, civil rights, constitutional law, commercial, tort and general litigation. Her employment practice includes representing employers in employment related claims, such as retaliation and discrimination claims as well as workplace harassment. She also handles EEOC charges and other administrative complaints through the administrative and judicial process. Her practice also includes the representation of public and private clients in a wide variety of commercial disputes, including breach of contract, business torts, misappropriation of trade secrets, unfair trade practices, and class actions, as well as representation of a number of governmental entities on a wide array of legal issues. Ms. Boyle is known for her persuasive oral argument skills in both trial and appellate courts, and for her ability to take a matter from inception through verdict at trial by jury or judge. Many of the matters that Ms. Boyle handles have been resolved through trial, and she has completed a number of oral arguments before state and federal appellate courts. She speaks often on employment-related topics, litigation and issues of procedure, as well as ethics and professionalism issues.

Prior to joining the firm, Ms. Boyle served as Judge Pro Tempore, Division I, for the Civil District Court for Orleans Parish. She is also a former assistant professor of law at Loyola University School of Law in New Orleans.

Ms. Boyle is very active in local, state, and national bar activities, as well as community organizations and initiatives. She served as the first female African-American President of the Louisiana State Bar Association (“LSBA”) for the 2009-2010 term and formerly served as Treasurer as well as a member of the LSBA Board of Governors. She also previously served as the first African-American President of the New Orleans Bar Association (“NOBA”). Ms. Boyle served as pro bono legal counsel to Covenant House of New Orleans. She was the first African-American woman to serve as Co-Chair of the NO/AIDS Task Force Board of Trustees, and also previously served as a board member of Aids Law Louisiana. She formely served on the board of trustees for Princeton University, and currently services on the boards of trustees for Touro Infirmary, Tulane University and Dillard University. She serves on the Board of Directors of the Lawyers Committee for Civil Rights Under the Law. In addition, she was a member of the Louisiana Recovery Authority (“LRA”) and served as Chair of the LRA Healthcare Committee. Ms. Boyle previously served on the Bring New Orleans Back Commission, which focused upon rebuilding the city post-Katrina, and served as Chair of the Health/Social Services Committee of the Commission.