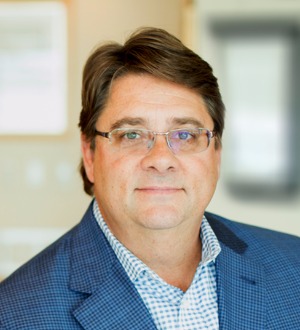 Committed to occupational safety, Kevin recently secured a jury verdict against SAR Automation, L.P. for $8.8 million in the wrongful death of a worker who fell at a Boeing facility leaving behind a widow and two small children.*

He has been involved in several investigations of catastrophic fire cases, including reaching a multi-million dollar settlement for the surviving children of a couple who were tragically killed in a house fire allegedly caused by electrical wiring in a defective golf cart. Kevin also served as lead plaintiffs’ counsel in In re Charleston Firefighter Litigation, a wrongful death and negligence case against Sofa Super Store, contractors and multiple furniture manufacturers on behalf of the families of the nine firefighters lost in the June 2007 warehouse fire in Charleston, S.C.

Since the 2010 explosion of the Deepwater Horizon, Kevin has been helping people and businesses pursuing litigation, as well as those needing help filing and negotiating their claims. He served as a member of the oil spill MDL's GCCF Jurisdiction & Court Oversight Workgroup and works with victims on claims through the programs established by the two settlements reached with BP.

Kevin’s experience also includes the health insurance fraud and post-claims underwriting case Clark v. Security Life Insurance Company, the largest civil RICO case in Georgia history, and Wiggins v. Parsons Nursery, one of the largest environmental and health contamination cases in South Carolina. Kevin also served as a County Commissioner on the Early County Georgia Board of Commissioners and still holds the honor of having been the youngest elected commissioner in county history.

Kevin frequently appears in local and national broadcast and print media discussing legal matters of workplace safety, fire prevention and other products liability, as well as specific casework and efforts for changes and improvements in various industries. Recognized as an AV® rated attorney Martindale-Hubbell®, Kevin co-authored “Dangerous Doors and Loose Latches,” published in Trial Magazine (2004) for the American Association for Justice, and authored “The Right to Jury Trial in ERISA Civil Enforcement Actions” published in The American Journal of Trial Advocacy (1989).

* Please remember that every case is different. Any result we achieve for one client in one matter does not necessarily indicate similar results can be obtained for other clients.