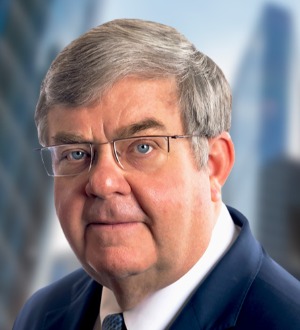 Kevin Durkin is a partner at Clifford Law Offices. Over a career that spans more than 35 years, Mr. Durkin has successfully represented clients in many practice areas, including:

Mr. Durkin has been named a top-tier attorney by U.S. News-Best Lawyers in the areas of personal injury litigation, aviation law and product liability since 2011. He was named the Lawyer of the Year in 2017 in the area of Plaintiffs' Product Liability Litigation. These accolades are based on peer reviews and his legal ability, professionalism and integrity. He has also been named an Illinois Super Lawyer and a Leading Lawyer since 2003, its inception in the state.

Mr. Durkin has received multi-million-dollar settlements or verdicts in well over one hundred cases. Some of these verdicts have been among the largest verdicts recorded in Illinois. The most recent of these was a $22.75 million wrongful death verdict in 2016 for a young woman who lost her 31-year-old husband in a vehicular crash on I-294. This is the largest wrongful death verdict in Cook County in the last ten years.

Other record-setting cases include:

Other Notable Personal Injury and Wrongful Death Verdicts And Settlements

Mr. Durkin’s trial accomplishments include serving as co-counsel in the highly publicized case of the internationally acclaimed violinist, Rachel Barton, who was severely injured when a Chicago commuter train dragged her for more than 300 feet. After taking dozens of depositions and a pain-staking investigation for more than four years, the month-long trial resulted in a $35 million verdict.

Mr. Durkin handled the highly publicized $10 million settlement on behalf of a suburban police officer who was struck by a speeding hearse that ran a red light while the officer was on routine patrol. It made headlines because of the so-called “black box” that was discovered in the hearse that recorded the speed and contradicted the driver’s story to police.

Mr. Durkin led the plaintiffs in the litigation involving the tragic high-rise fire in the Cook County Administration Building that killed six people and injured sixteen others. This resulted in a $100 million settlement.

A RECORD OF SUCCESS IN AVIATION ACCIDENT CASES

While he is an established attorney for personal injury, Mr. Durkin is perhaps best known for his work as an aviation accident attorney. He has been involved in nearly every major commercial airline crash of the last four decades, often serving as lead counsel.

With his experience and success as an aviation accident attorney, Mr. Durkin served for four years as the Co-Chair of the Aviation Committee for the 75,000-member American Bar Association’s Section of Litigation. In that position, he chaired an annual program that brings together the best and the brightest to discuss cutting-edge issues in aviation litigation. He often still serves as a speaker for that annual program. Mr. Durkin served for two years as Co-Chair of the Mass Torts Litigation Committee and has served as Vice-Chair of the Aviation and Space Law Committee of the Tort Trial and Insurance Practice Section of the American Bar Association.

In addition to his work with commercial aviation litigation, Mr. Durkin has also represented victims of many small plane crashes. For example, he handled the case involving the crash of Bob Collins, WGN radio’s most popular disc jockey, who was killed when a small plane crashed into him as he was landing in the Chicago area. In 2007, the judge in that case entered an award for the maximum coverage by the insurance, nearly $1 million. Mr. Durkin also received a $4.1 million settlement in October 2001 on behalf of