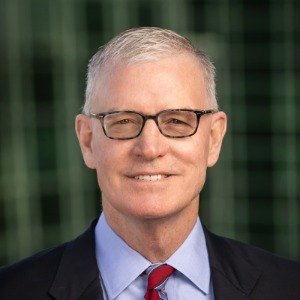 Kevin is a shareholder, member of the Gallagher & Kennedy board of directors, and head of the firm’s litigation and public bidding and procurement departments. He is keenly attuned to the needs of his clients, developing strategy and implementing solutions that are singularly focused on their goals.  Over his 30 year career, his litigation skills have been honed to a razor’s edge, and his civil litigation experience is extensive and far reaching, both in and out of the courtroom.  Kevin has managed many high profile and complex matters, including securities, commercial, environmental, governmental, construction and insurance litigation cases.  He has significant class action and appellate experience.

Kevin has vast experience representing public and private companies across a wide range of industries.  His career is deeply rooted in Arizona, but he is routinely engaged to manage multi-million dollar cases throughout the United States.  Recent honors include recognition in 2013 by Best Lawyers in America as “Phoenix Litigation Municipal Lawyer of the Year.”  He has been named a Chambers USA Leading Lawyer for 10 consecutive years, and recognized from 2007 to the present by Southwest Super Lawyers.

Kevin is widely known within the local and national legal communities for his depth and breadth of experience and consistent track record of success.  Among his clients, he is known to be attentive and responsive from start to conclusion of any legal matter.  He has successfully represented clients in cases ranging from trade secret and fraud claims, to large-scale environmental compliance matters.  He has led his clients to success in technology matters, construction and insurance disputes, government affairs and other business disputes, litigating aggressively when necessary and pursuing settlement when deemed to be the superior course for his clients.