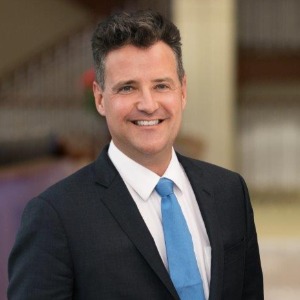 Recognized by Best Lawyers® since 2023.
One North Wacker Drive, Suite 4400 Chicago, Illinois 60606-2833
(312) 357-1313
|
Firm: Barnes & Thornburg LLP
|  Website
Edit Profile
Edit Your Profile
To edit your Lawyer Directory information, please login to your
Best Lawyers® Admin Account.
If you have any questions or need assistance, please contact us at info@bestlawyers.com or 803.648.0300.
Overview
Firm

Kevin Driscoll represents secured and unsecured creditors in Chapter 7, 11 and 13 proceedings, and has guided clients through commercial foreclosures totaling hundreds of millions of dollars. With a focus on working toward the right result without unnecessary expense or drama, Kevin focuses on getting to the bottom of a problem — and solving it.

Kevin’s clients and industry experience include manufacturing, entertainment, consulting, transportation, real estate, retail, hospitality/travel and finance. He has defended and prosecuted dozens of avoidance actions, including a case seeking more than $10 million and cases seeking more than $1 million. In addition, he has litigated cure claims after lease assumption, fraudulent conveyances, objections to discharge, claims involving administrative rent and rejection damages, reclamation and cross-border claims, as well as other contested matters.

Traditional values and modern skills are at the core of Kevin’s practice. He is aggressive yet tempered in order to build consensus if it benefits his client. At the onset of a matter, Kevin thoroughly analyzes his client’s facts and circumstances, identifying tangible exposure and then charting out a direct path to resolution that balances the complexity of the law with their objectives.

Kevin is dedicated to adding value to everything he does both in and out of the office. A frequent lecturer and author, Kevin has been published by the American Bankruptcy Institute Journal and has spoken for several National Association of Credit Management events.

He also active in pro bono representation, with clients that have included the charitable organization of a Grammy®-award winning singer and a documentary filmmaker whose work was shown at the Sundance Film Festival.