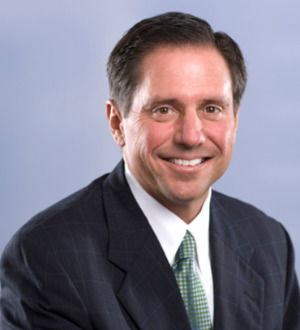 Kent concentrates his practice in the defense of toxic tort claims arising from environmental and occupational exposures, including product liability and premises liability claims. He is the managing partner of the Edwardsville office and Vice-Chair of the firm's Toxic Torts & Asbestos practice group. While Kent is primarily involved with the defense of asbestos personal injury cases filed in Illinois and Missouri, he also participates in the defense of benzene and silica lawsuits within the state and federal courts. In addition, Kent also practices in the areas of insurance coverage and general tort defense.

Kent joined the firm in 1985, and has been practicing in the firm's Edwardsville, Illinois office since 1988. Edwardsville is located in Madison County, Illinois, about 20 miles to the northeast of St. Louis, Missouri, which are two venues widely known for their active litigation dockets. He has served as trial counsel for numerous clients including product manufacturers, equipment manufacturers, fiber suppliers, contractors and premises owners. He also has assisted various national coordinating counsel with the defense of toxic tort claims in the states of Illinois and Missouri.

He has been designated one of the "Leading Lawyers" in Illinois as a result of a survey of Illinois attorneys conducted by the Chicago Daily Law Bulletin. Kent has also been named to the 2010-2017 Illinois Super Lawyers list. The Super Lawyers selection process is based on peer recognition and professional achievement. Only five percent of the lawyers in each state earn this designation.